Last weekend, we celebrated National Public Lands Day and Bike Your Park Day with the National Parks Service Jazz Rangers. Community members from 5 different neighborhoods came out on a 7-mile bike ride and tour of New Orleans jazz history, Greenway history, and stormwater management. Our guide from the National Park Service, Chandra Teddleton, compared the development of Jazz music to making a gumbo, starting with the roux of cultural traditions from West African slaves and local Creoles.

Family Gardening classes are back!

With the onset of fall and more forgiving temperatures, Friends of Lafitte Greenway is ramping back up our garden programming! Last weekend we started a new cycle of our Family Gardening Classes with community partners SPROUT NOLA, Raiz Teaching Garden and the ReFresh Community Farm on Broad Street.

As Labor Day draws nearer and the sunset inches earlier, we've concluded our summer Hot Yoga Pop Ups. The six week series brought together over 100 people from around the city to build community, de-stress, and embrace the heat and our inner Zen out on the Greenway.

Though a part of our Get Fit the Green Way series, our Hot Yoga Pop Ups were far more than fitness classes! Here’s our biggest takeaways from this incredible series, told through a few teachings of yoga.

Save the Date for Greenway Soirée 2016 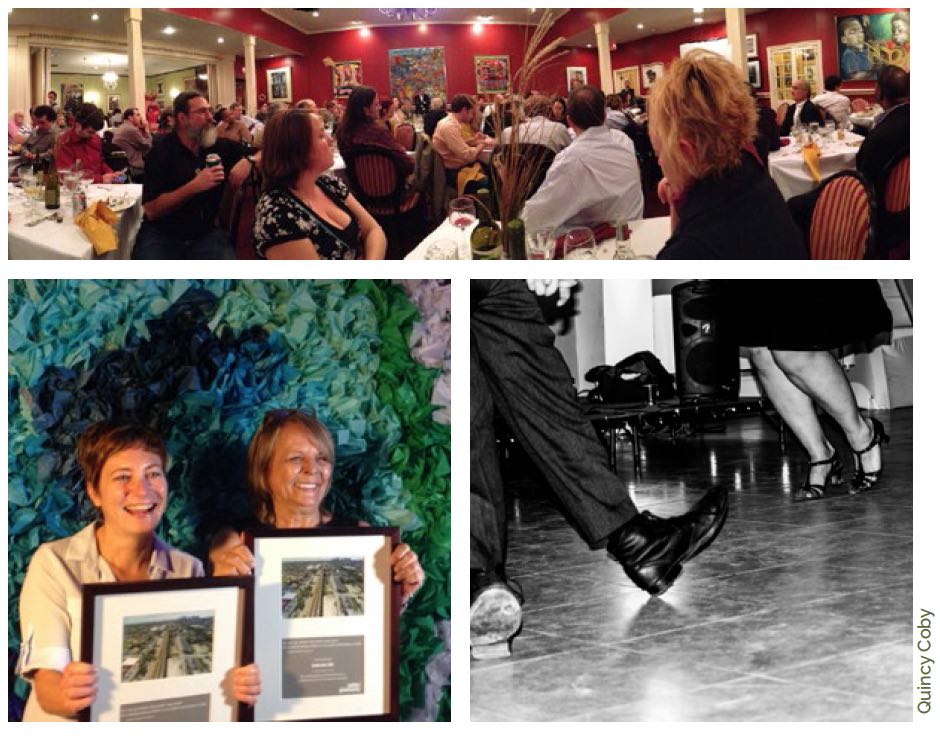 Leonetta Terrell, a Claiborne Ambassador, was thrilled with growing community awareness:“We were effective because of the time of day, rush hour. Let’s keep our community safe and actively work towards a safer New Orleans.”

Introducing: Get Fit the Green Way 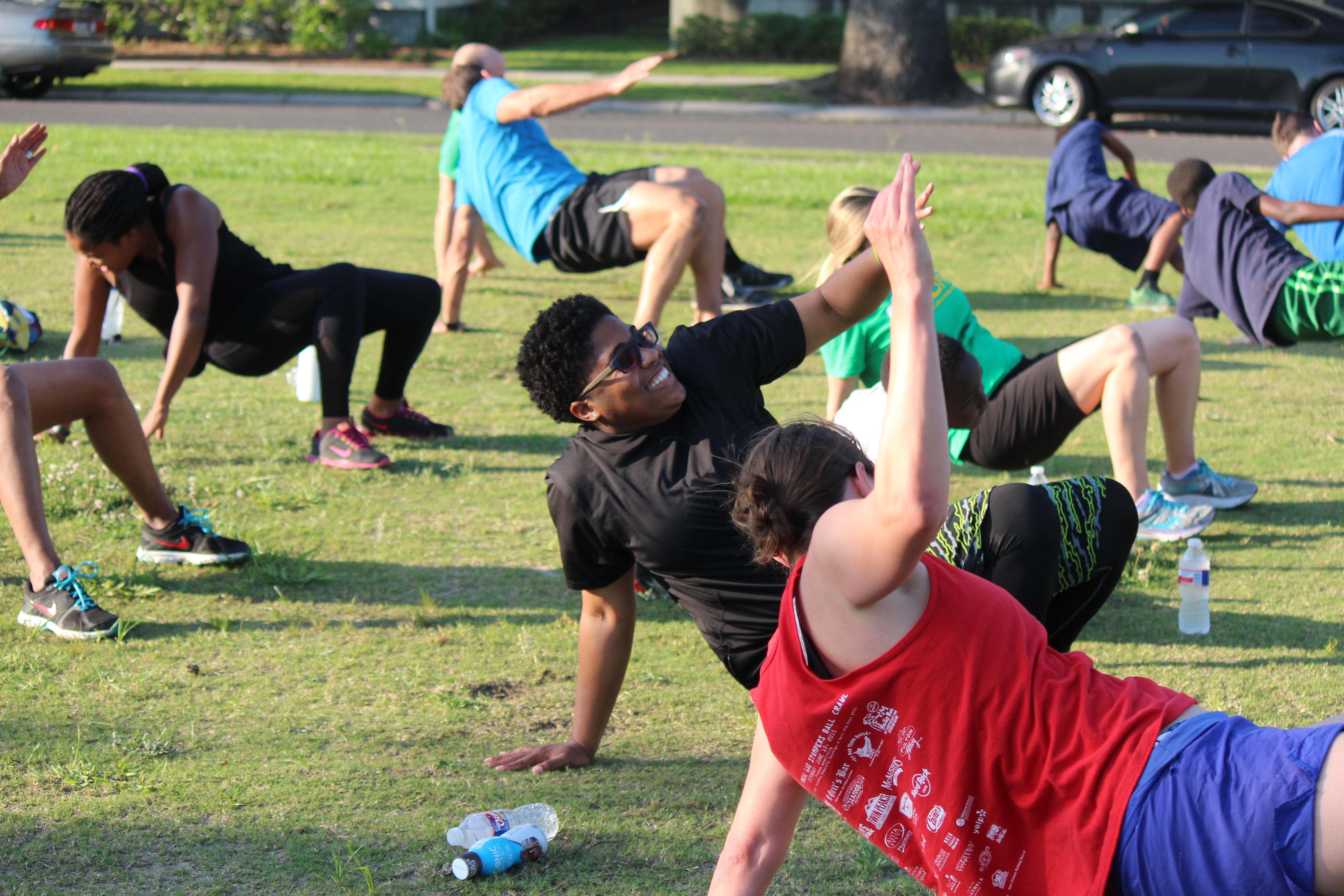 We're delighted to announce our new program, Get Fit the Green Way. Over the last year, we've hosted a number of one-time community outdoor fitness events on the Lafitte Greenway with great partners like NOLA Aikido, NOLA Capoeira, and others. The community spoke out asking for more free fitness programming, and we listened. We will be hosting Get Fit the Green Way classes on the Greenway at least bi-monthly.

Statement on Robbery at Broad Street & Lafitte Greenway - May 16, 2016

On the evening of Monday, May 16th, NOPD has reported that a trail user was stopped on the Greenway and robbed at gunpoint. Our thoughts are with the victim of this terrible crime. The welfare of everyone using the Lafitte Greenway is the number one priority of our organization. Looking ahead, Friends of Lafitte Greenway encourages widespread public use of the Greenway as one of the best ways to help reduce isolated acts of crime. In addition, Friends of Lafitte Greenway renews its commitment to work with local officials to find ways to increase bike security patrols; improve safe and accessible connections between neighborhoods and the Greenway; and explore other investments that can contribute to improving the safety and user experience of our city's newest public park space.

9:17 AM The New Orleans Advocate: Two robbed at gunpoint Monday in French Quarter, on Lafitte Greenway; one victim escapes unharmed after gun misfires 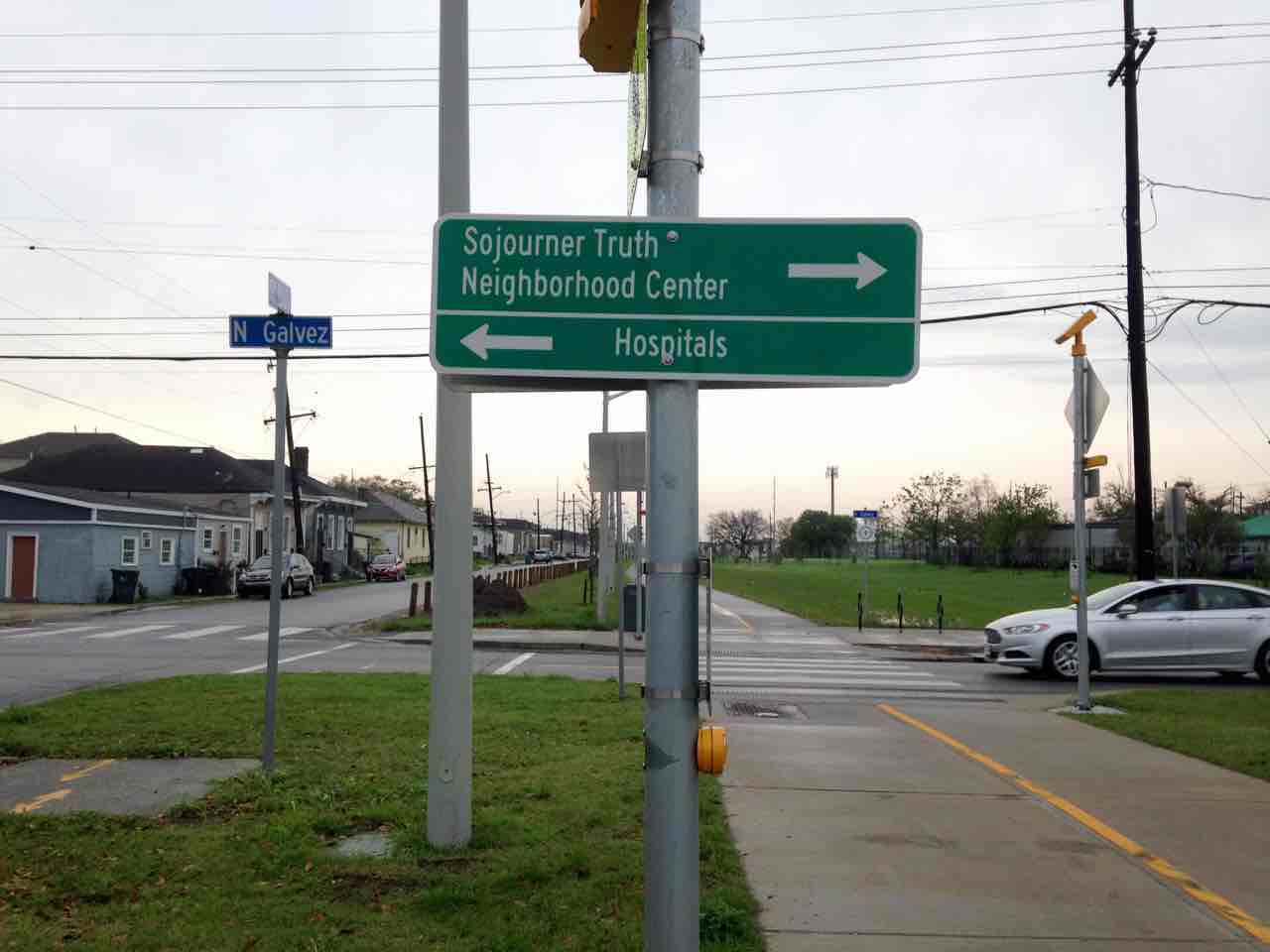 Navigating the Greenway just got easier! This morning, working in partnership with the City of New Orleans, we installed the first of 35 new bicycle wayfinding signs on the Lafitte Greenway and in the surrounding bike network. These signs include directional arrows and distance markers to help riders and walkers find their way from the Greenway to nearby destinations, and from nearby bike routes back to the Greenway.

Thank you to People for Bikes for their generous support that made this pilot project possible, and to the City of New Orleans for their partnership. 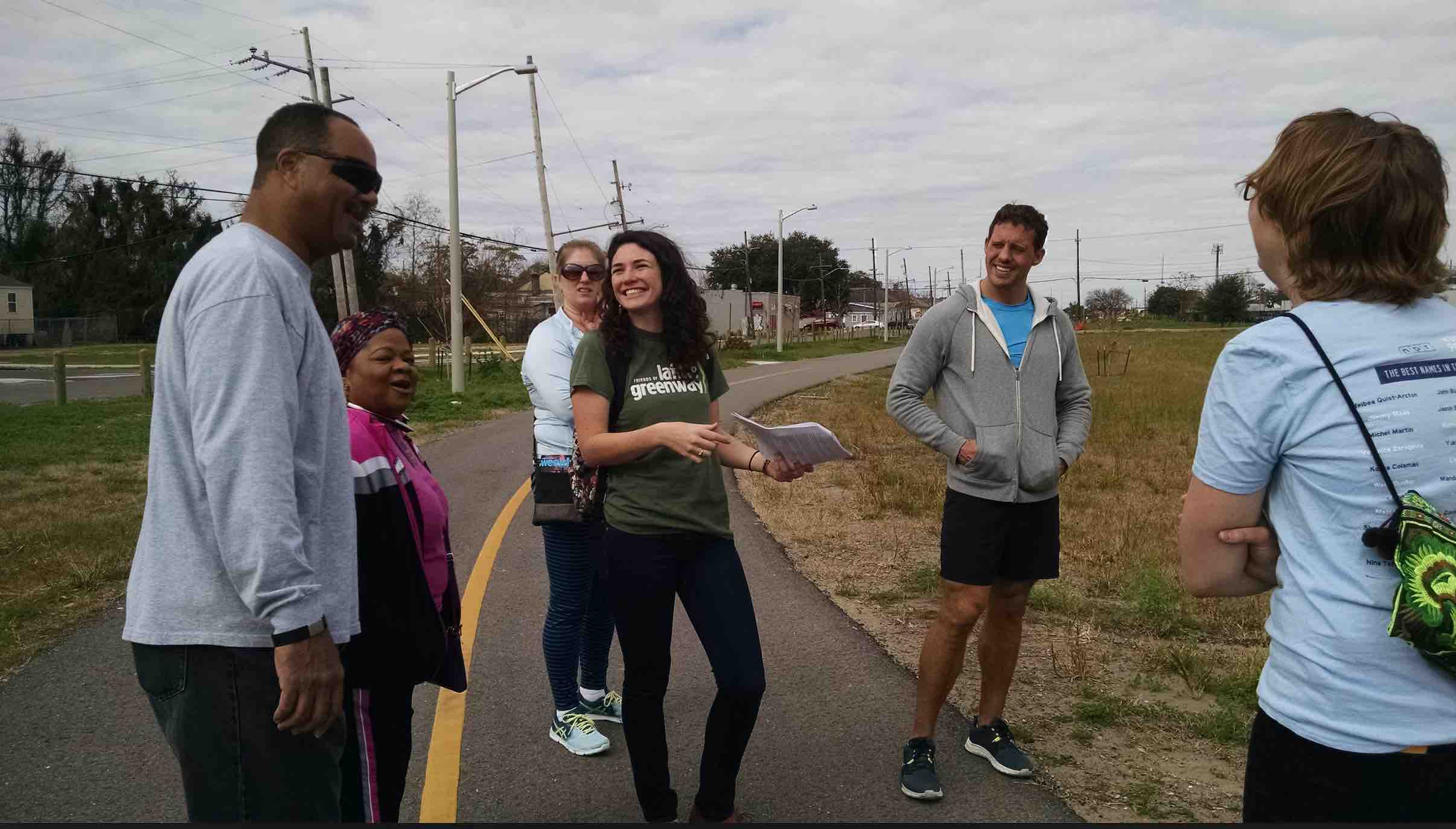 January 30th marked the launch of our Walking Workshop program! Locals and tourists alike attended the walk to be introduced to the Lafitte Greenway, get outside & moving, and learn about the historical buildings, cultural sites, and innovative environmental and stormwater management efforts on the Greenway.

Help Out at the Hike!

Calling all volunteers! Will you help us make the 10th Annual Hike the biggest and best one yet? We're looking for extra hands to help make this event a success.

2) Other volunteers: Not a big fan of public speaking? Not to worry! There's plenty of other ways to lend a hand. Sign up for all other volunteer roles here.

Thanks to all our dedicated volunteers who donate their time to help make the Greenway a great public space!