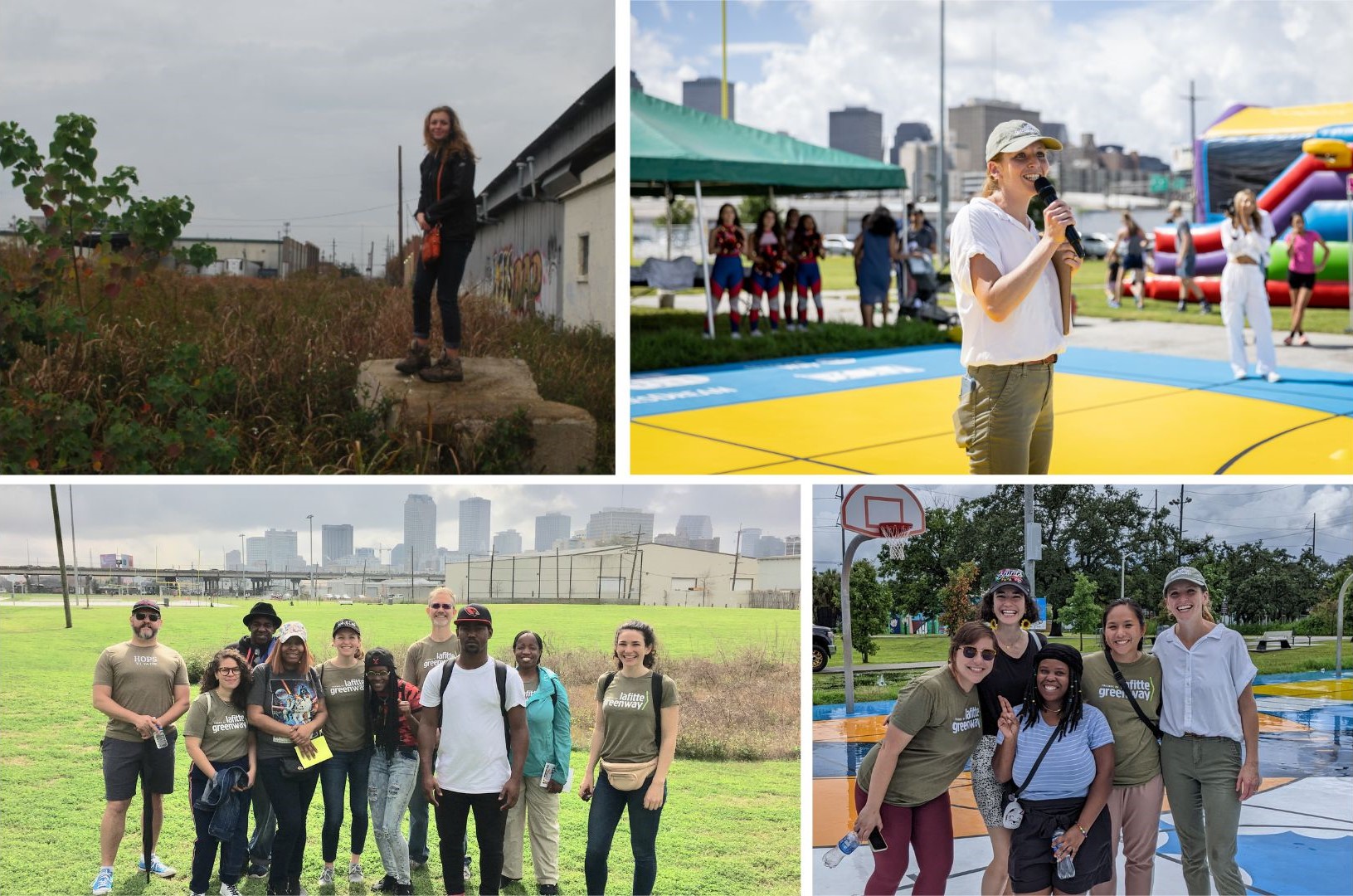 October 11, 2022 -- After a decade of leadership, Sophie Harris Vorhoff will step down from her role as Executive Director of Friends of Lafitte Greenway (“Friends”) -- effective October 31, 2022 -- to support her family in Minneapolis.

Over the past several months, the Board of Directors has been conducting extensive strategic planning and is looking ahead to the Greenway's next chapter with energy and organization. This fall, the Board will conduct a local and national search for a new Executive Director in order to onboard a new leader in early 2023.

The organization has a strong operating team in place to ensure continuity during this executive transition, led by the organization’s Chair, Reed Wiley, our Operations Director, Camly Tram, and with consulting support from professional Urban Transportation, Land Use, and Design Planner, Matt Rufo.

We truly thank Sophie for her lasting impact, dedication, and unwavering leadership. First joining the all-volunteer organization as a board member in 2012, then as Friends of Lafitte Greenway’s first Executive Director in 2014, Sophie has guided the development and activation of the Lafitte Greenway from a vacant rail corridor to New Orleans’ premier bike and walking trail and linear park space.

Her leadership centered on partnership and community-building, place-making, and programming. Sophie led the development of a public-private partnership between Friends, the New Orleans Recreation Development Commission (NORD), and the City of New Orleans to collaborate in Greenway planning, programming, capital development, and operations. Today, the Greenway is a thriving transportation connector, an environmental and small business corridor, and an urban park alive with cultural, art, recreation, and health programming. During Sophie’s tenure, over $20 million has been invested and committed to capital projects and placemaking on the Greenway, including trail facilities, playgrounds, fitness parks, bridges, plazas, pavilions, environmental restoration, safety and security enhancements, and art installations.

“Sophie’s incredible leadership and her many key contributions to the Greenway’s success as a great gathering space for a host of recreational and environmental programming has laid the path for the organization’s amazing growth in the past ten years. The Friends expect to maintain our steadfast stride as we eagerly march toward Supernova this December, and look ahead to the Greenway’s exciting next chapter,” said Friends of the Lafitte Greenway Board Chair, Reed Wiley.

“When I joined Friends in 2012, we were an all-volunteer organization with a bold vision: to transform a vacant rail corridor into a community-driven Greenway. Today, I am immensely proud of what we have accomplished together--building a vibrant public space and a community aligned to support it. It has been the privilege of a lifetime to serve as Friends’ Executive Director during the Greenway’s opening era. Thank you for this remarkable opportunity,” said Sophie Harris Vorhoff, Friends’ outgoing Executive Director.