Map showing the original New Orleans settlement (French Quarter) and Carondelet Canal, built in 1794 to allow boats to traverse from Lake Pontchartrain down the Bayou St. John and Canal to the French Quarter. The Lafitte Greenway follows this canal’s route up to the Bayou St. John. [From 1882: “Charts and Plans Illustrating the Topography and Settlements of Louisiana, and the Progressive Development of New Orleans, Collected & Classified from Original Works by Joseph Jones, M.D.] 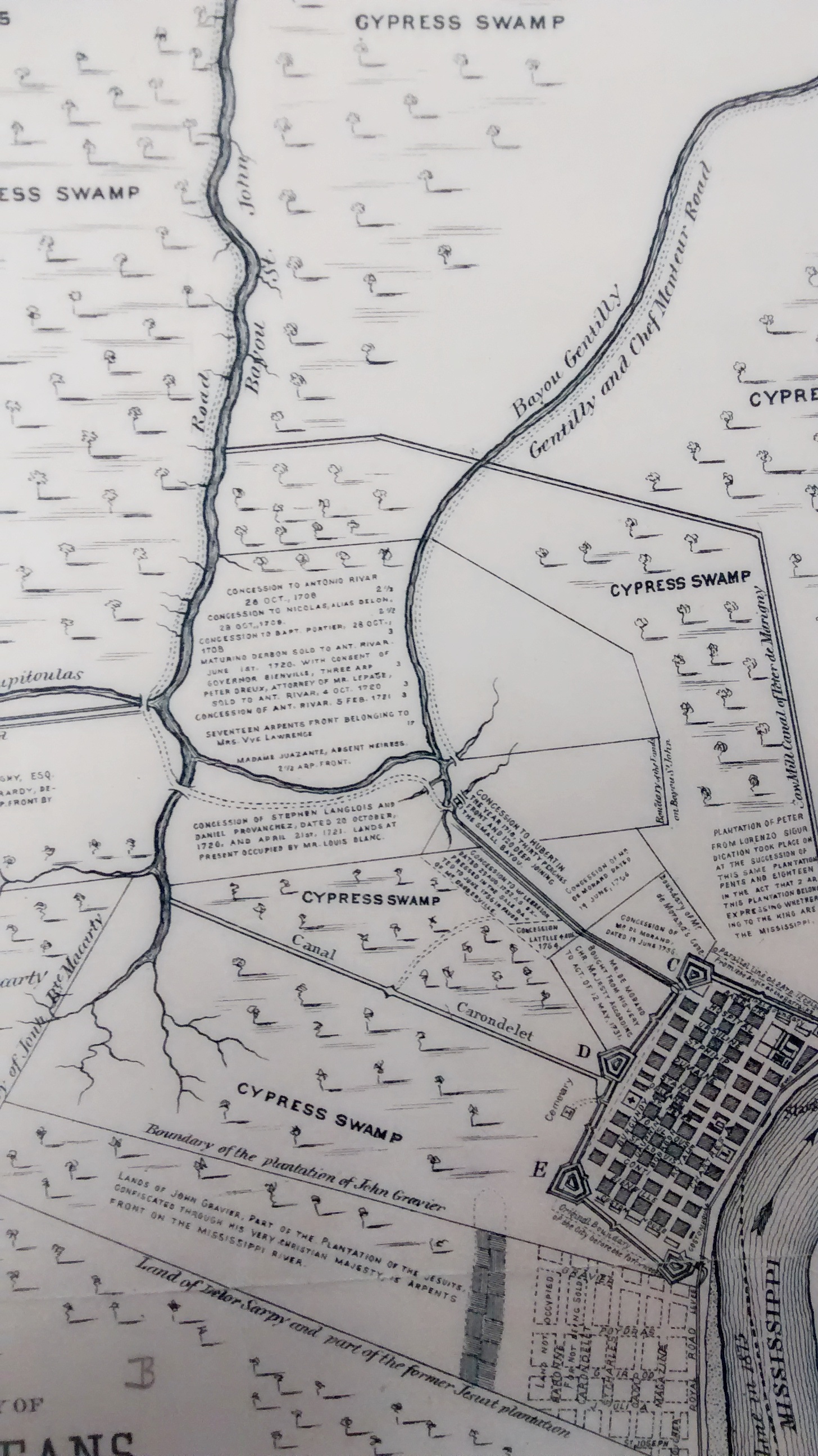 1919 Times-Picayune map of New Orleans showing the Carondelet Canal and the railroad tracks extending along and past the Canal along St. Louis St. The map also shows the Carondelet Walk – a walking path alongside the Canal. The Canal was filled in 1938. The Lafitte Greenway follows the path of this Canal and the railroad tracks up until N. Alexander St, where the rails remain active today. 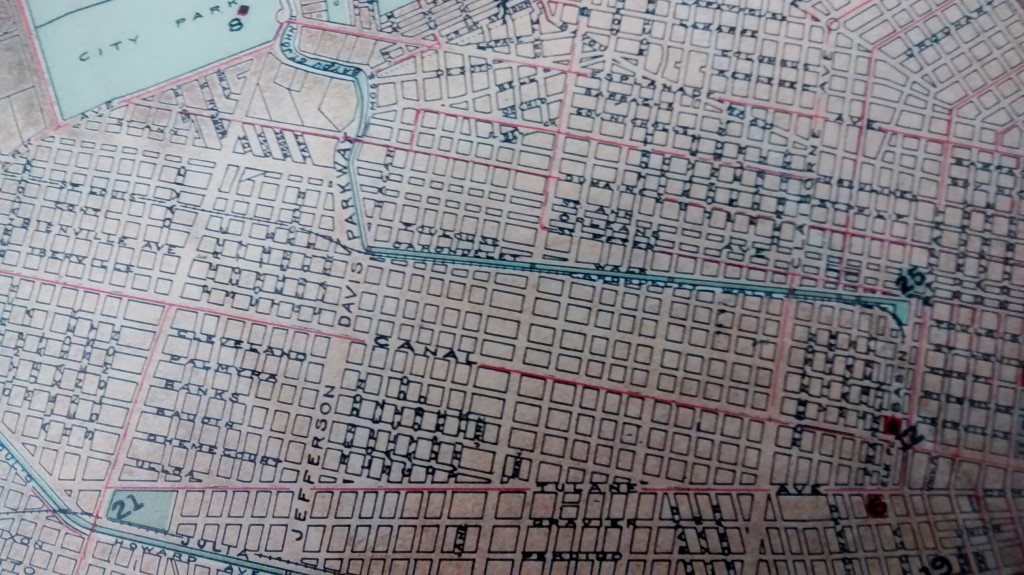