Posted by Sophie Vorhoff 2004sc on 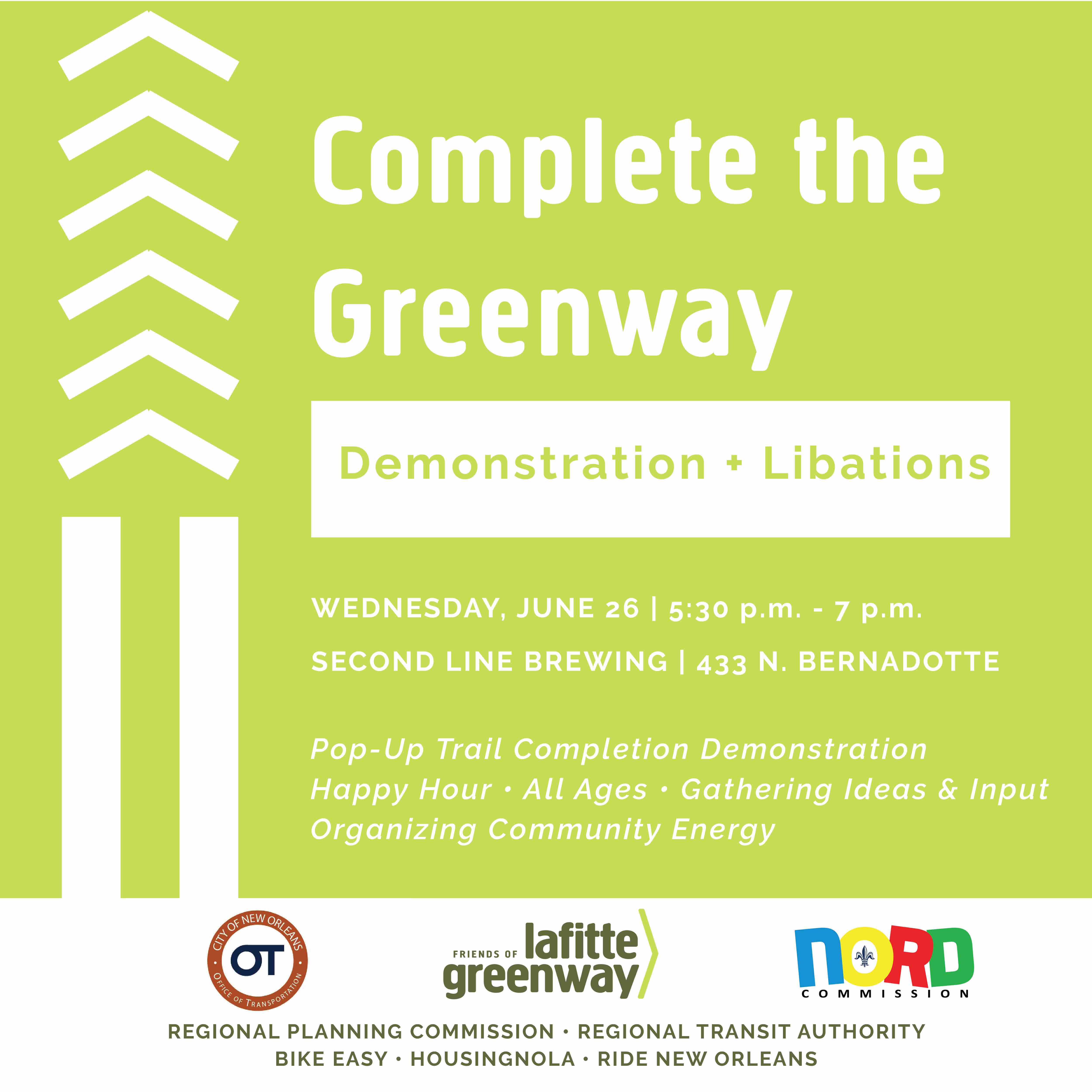 Friends of Lafitte Greenway, the City of New Orleans Office of Transportation, and the New Orleans Recreation and Development Commission (NORD) invite community and stakeholders to Complete the Greenway: Demonstration and Libations

The purpose of this conceptual planning event is to organize public energy and gather public input around the Greenway's trail completion from its current terminus at North Alexander Street to its envisioned trailhead at the Canal Boulevard Transit Center. Stakeholders including neighbors, businesses, community groups and institutional partners will have an opportunity to review the City's 2013 Lafitte Greenway Master Plan, and provide input on priorities for the trail's completion through interaction with a 1-day pop-up demonstration, mapping exercises and engagement with the Friends of Lafitte Greenway team and public officials.

About the Lafitte Greenway Trail Completion

The Lafitte Greenway is the vibrant backbone of New Orleans’ bike network, yet today, it falls geographically short of the public vision. The City of New Orleans’ 2013 Lafitte Greenway Master Plan--developed with extensive public input--envisions the Greenway spanning 3.1 miles to connect neighborhoods from Basin Street in the French Quarter to a trailhead at Canal Boulevard. However, due to budget limitations during the 2014-2015 construction, and continuing complexities related to an active rail spur and property ownership, today the Greenway ends abruptly one-half mile short of the envisioned trailhead.

In 2018-2019, over 1,000 community members and area stakeholders signed a petition encouraging the City of New Orleans to take up the project to complete the Greenway. The Complete the Greenway: Demonstration & Libations event is an interactive conceptual planning event at the outset of this initiative. The event is designed to organize public energy, and provide stakeholders with a space to share input with City leadership and stakeholder organizations, identify priorities and concerns, revisit and ground truth the 2013 Greenway Master Plan today.

One significant opportunity that has arisen since the 2013 Master Plan is the potential to connect the Greenway to the RTA's Canal Boulevard Transit Center, opened in 2018. This would create a multimodal transportation connection at a key regional transit hub. Other potential benefits of the Greenway's trail completion include:

In 2005, the spark for the Lafitte Greenway began with neighbors and friends hiking the abandoned rail corridor and imagining a trail. Please join us on June 26 for a pop-up and demonstration to imagine and shape what could be for the Greenway's completion. 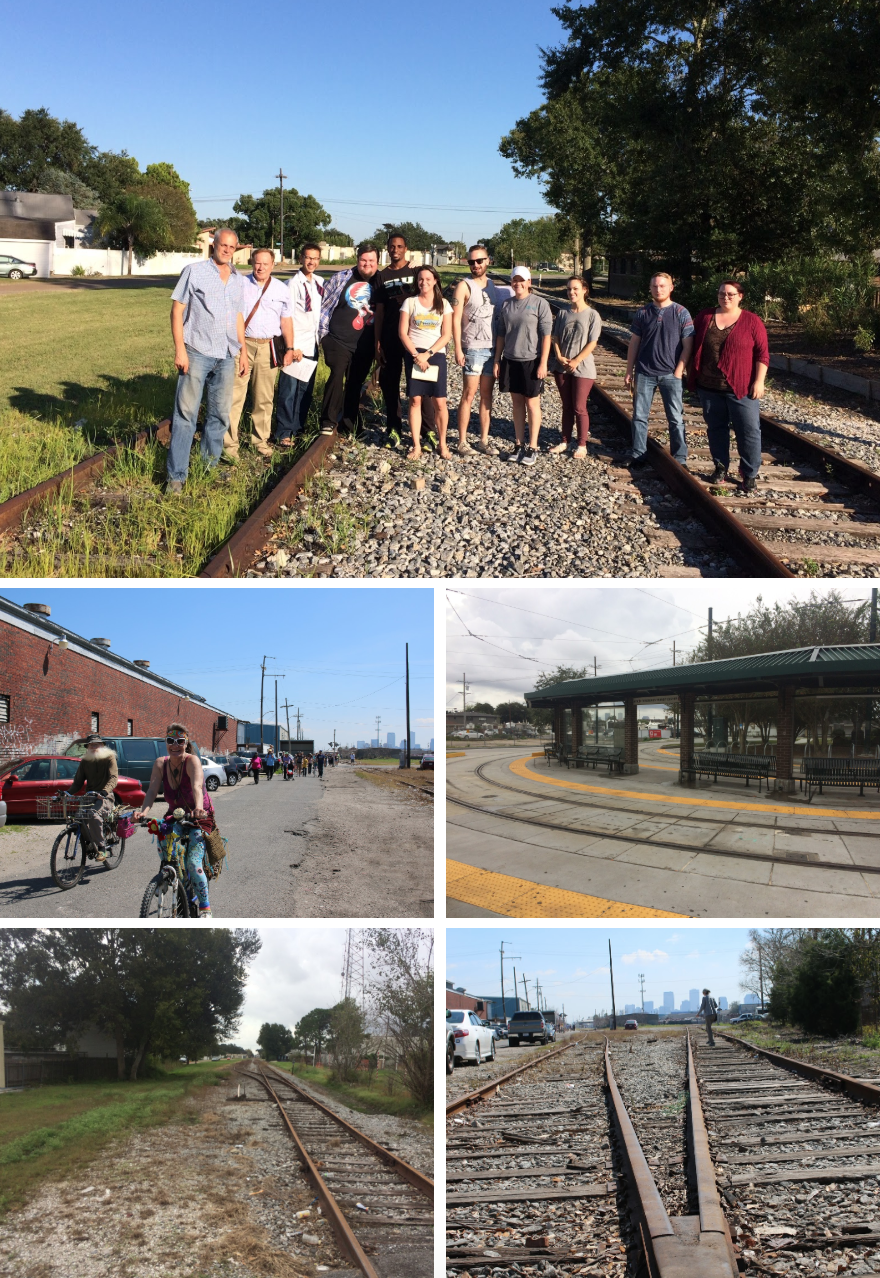