Embrace the Zen within! Join us on the Greenway for body positive, all-levels yoga with The Ohm Well.

Bring yourself, a friend, water and a towel! Feel free to bring a yoga mat if you have one. We will have mats to lend to those who don't.

About the Instructor: Valerie McMillan

Valerie first experienced yoga in 2007, and she developed a full time yoga practice in 2011. At the time, she noticed she was often the only women of color in the classes she was taking and was determined to help the culture of yoga evolve in New Orleans. In late 2013, Valerie was certified to teach yoga in 2013 and launched The Ohm Well in early 2015, which is a holistic health and wellness company designed to help clients heal themselves from the inside out. Valerie works in direct response to the marginalization and or invisibility of yogis of color in traditional yoga studios and classes.

Valerie is eager to share her love of life with others and is committed to creating a safe space for all of her students on and off the mat. Her classes are a combination of poetic sequences and infectious rhythms designed to ignite the fire within each of us. 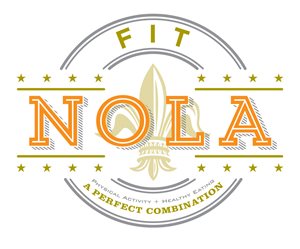