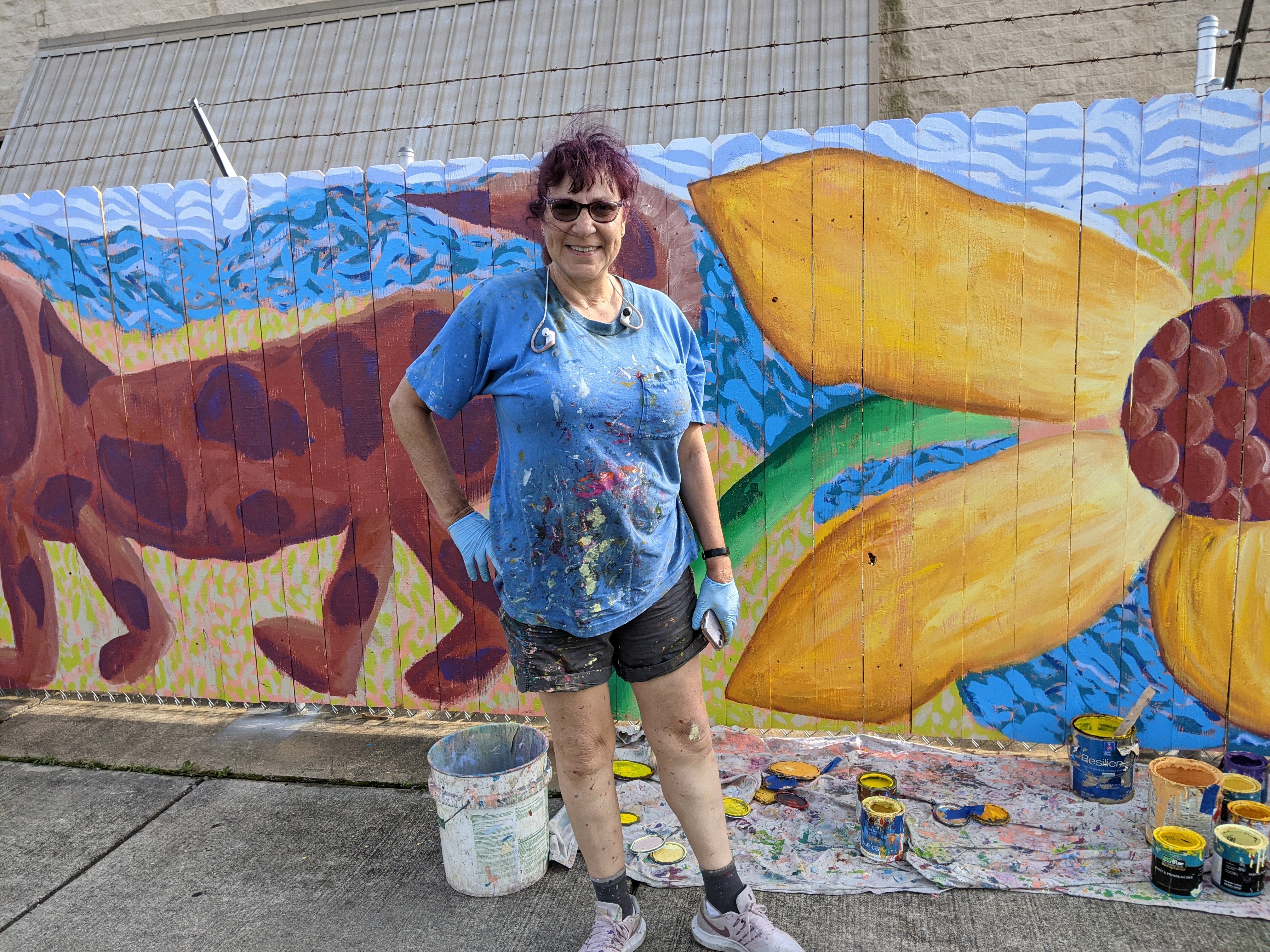 NEW ORLEANS, LA -- May 19 2021 -- This week, artist Teresa Parod revealed a new colorful mural alongside the Lafitte Greenway. Inspired by the vibrancy and nature of New Orleans, the mural features friendly animals and blooming flowers with the Mississippi River running through the background. The piece is located alongside the Lafitte Greenway, stretching 220 feet along the fence facade of Bizou Wines and Cellar on St. Louis at 2500 St. Louis Street. 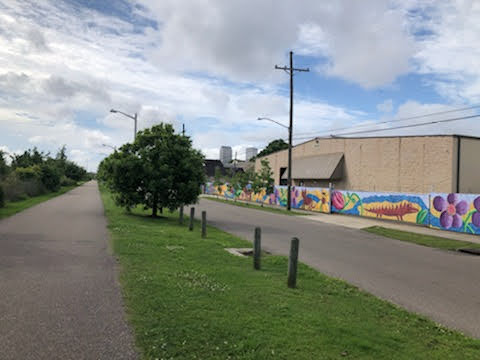 This mural took shape through a partnership between James Moises--owner of Bizou Wines and the Cellar on St. Louis--Friends of Lafitte Greenway, and artist Teresa Parod, who donated her artistic services to create this beautiful mural in memory of her brother: Roger Kramer, who was an avid biker.

Teresa Parod is a Chicago-based visual artist. The Greenway mural is Ms. Parod’s second large-scale work in New Orleans. Previously, she created a mosaic of broken Mardi Gras beads at ARC of Greater New Orleans. Ms. Parod feels a connection not only to the city, but to the mighty Mississippi that also influenced her childhood in Illinois. As they were painting, many Greenway users stopped to wave and say hello; a young girl named the dog in the mural Jordan. Parod will be back in New Orleans to paint more murals and continue creating public art for people to enjoy. She was assisted by her husband, Bill Parod, and their friend, I Gusti, Ngurah Kertayuda

Moises is the owner of Krewe du Bizou Wines, a wine importer and distributor, supplying New Orleans restaurants and wine shops. He is a longtime supporter and partner of the Greenway, hosting the Greenway Soiree in the Cellar on St. Louis event space. “The mural makes people smile and feel a little more happy while on the Greenway. I wanted to add positive art to the neighborhood for local residents to feel better about where they live and to enhance the experience of those who use the Greenway daily for exercise or transportation,” Moises says. This is the second mural on the building; the facade facing N. Rocheblave features a large-scale work of Paul Pogba, by New Orleans artist, BMike, created for the World Cup.

Friends of Lafitte Greenway wants to continue bringing murals and public art to the Greenway. Executive Director, Sophie Vorhoff says, “Teresa Parod’s beautiful mural captures and reflects the delight of the trail with playful dogs and colorful flowers. We are so grateful to the artist and James Moises for making this piece come to life.” This new mural complements the many other pieces of public art on and along the Greenway including the “Iris of Memory” installation by William Nemitoff at the Greenway Plaza, Brandon “Bmike” Odums newly completed mural overlooking the Greenway sports fields, and Keith Duncan’s youth-led  murals on Lemann Pool. Visit lafittegreenway.org/art to see more public art on and along the trail. Friends is invested in bringing more public art and murals to the space in 2021. 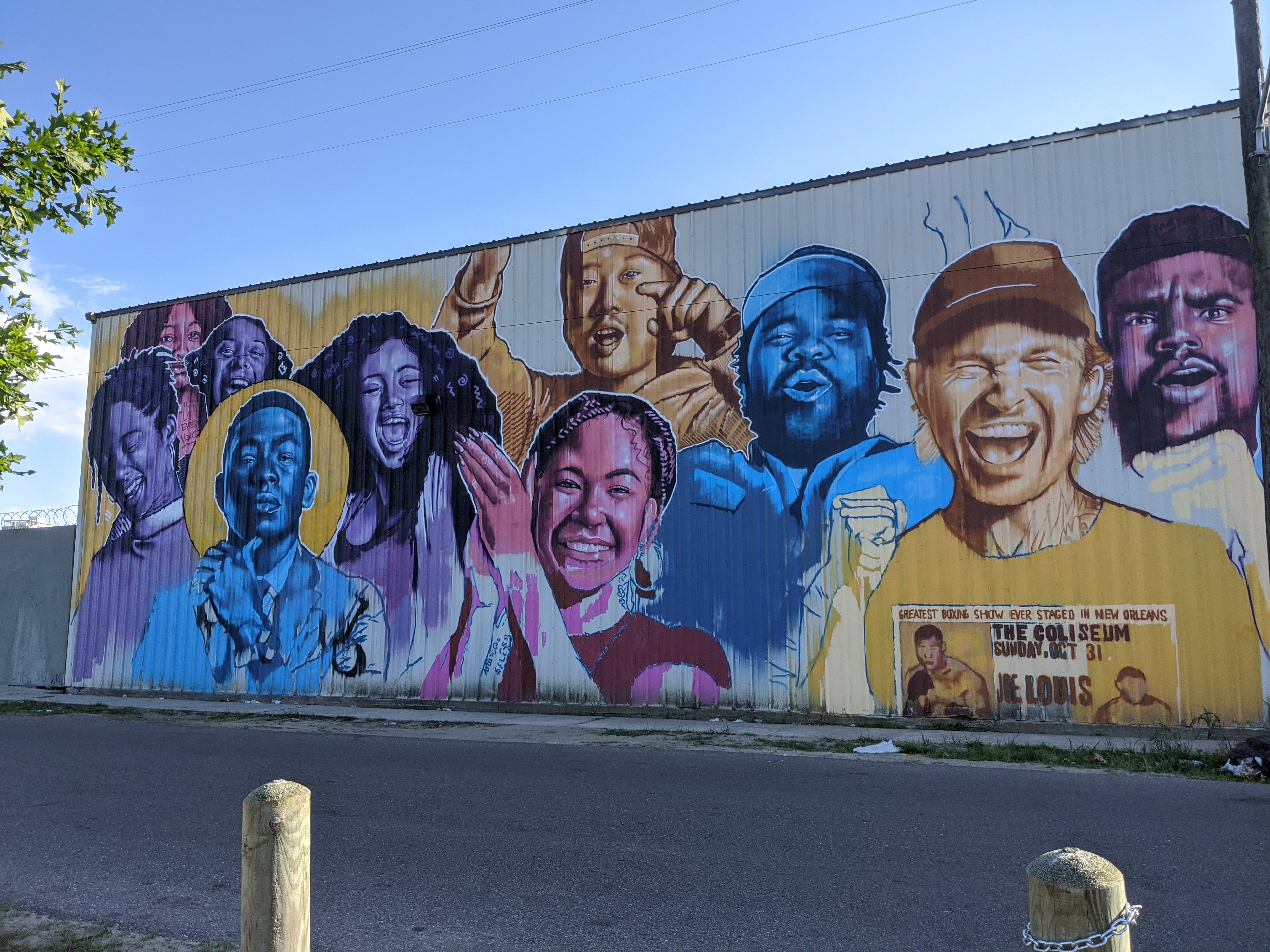 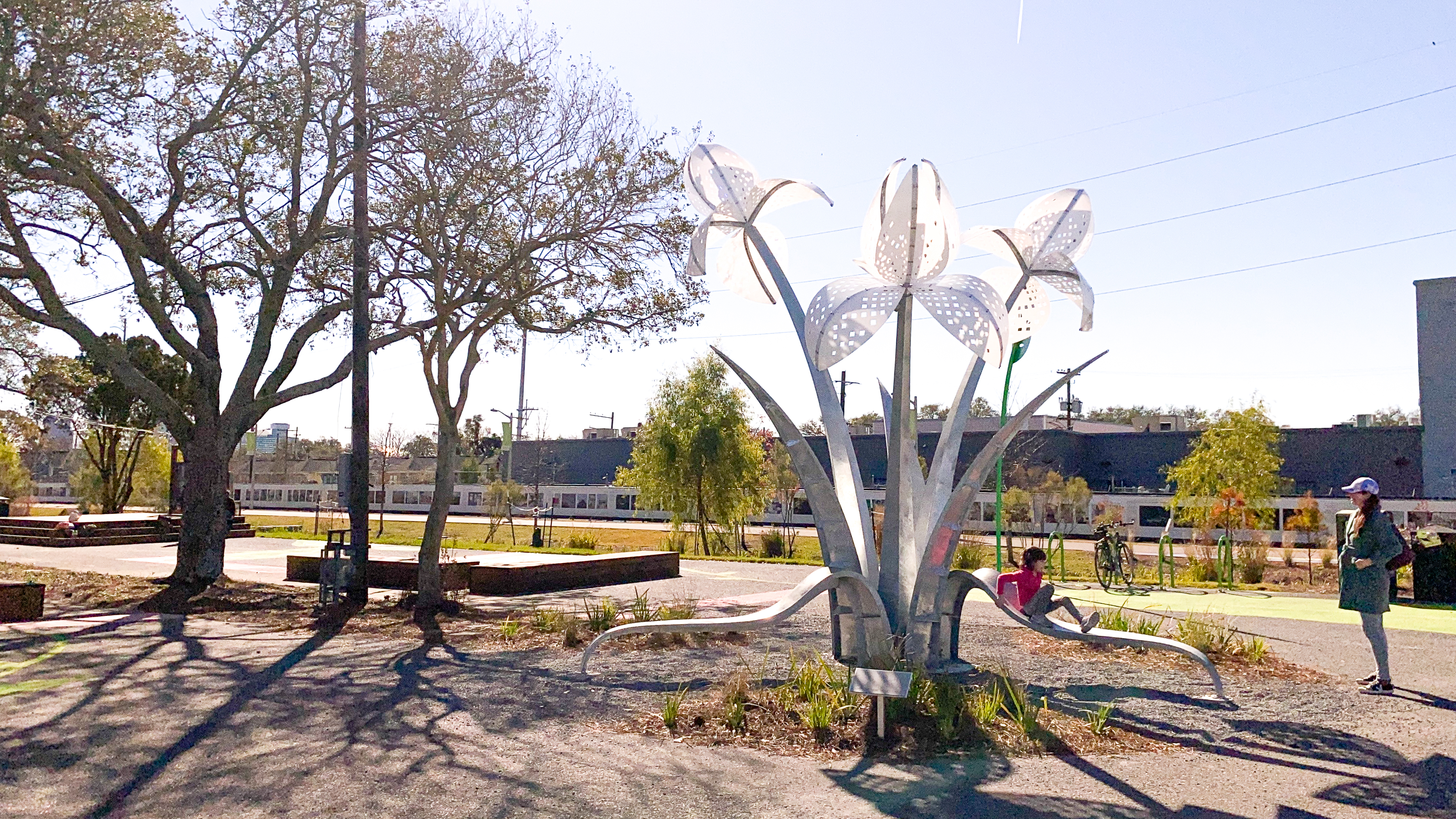 The Iris of Memory sculpture, opened on the Lafitte Greenway in December 2020 at the Greenway Plaza. (Photo credits: Instapix Photography)