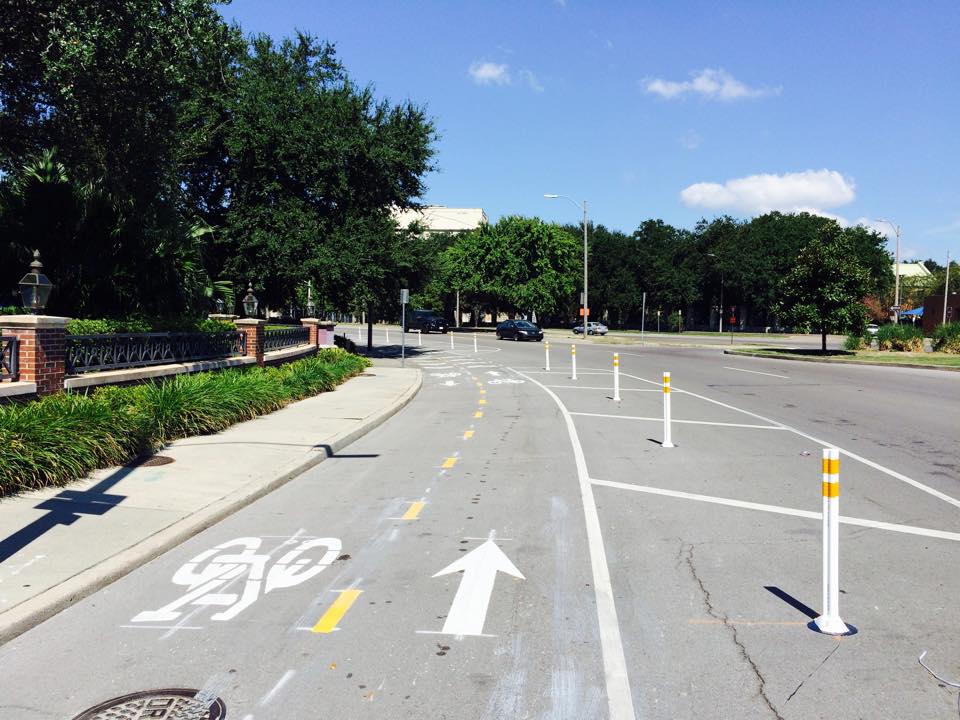 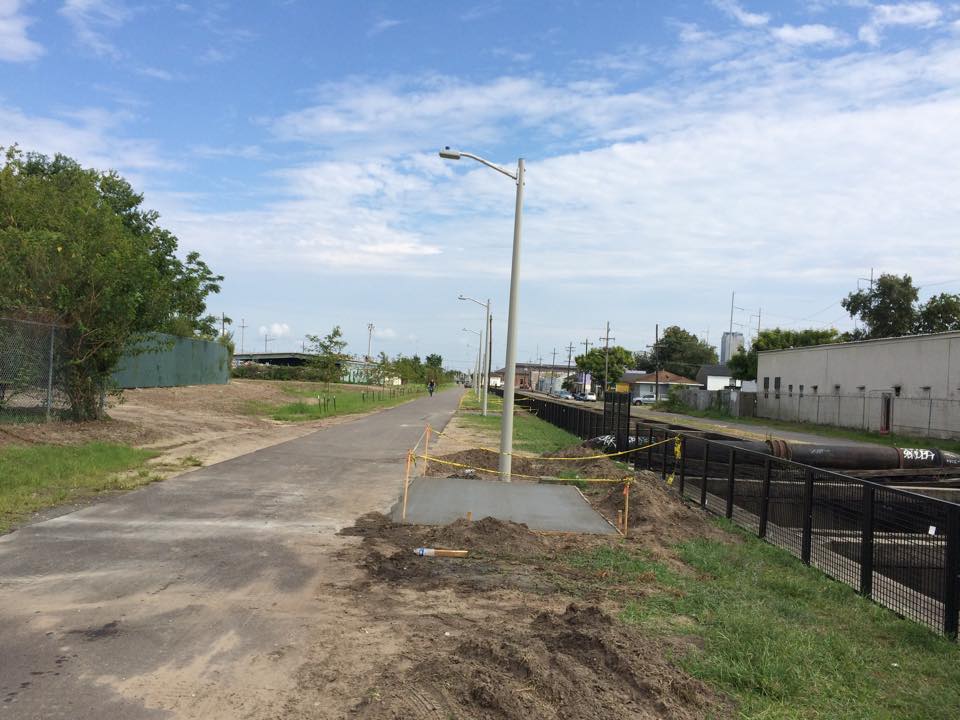 A safety fence is now in place along the open drainage canal between Broad St. and Jefferson Davis Parkway, and contractors laid concrete pads where benches will soon be installed. 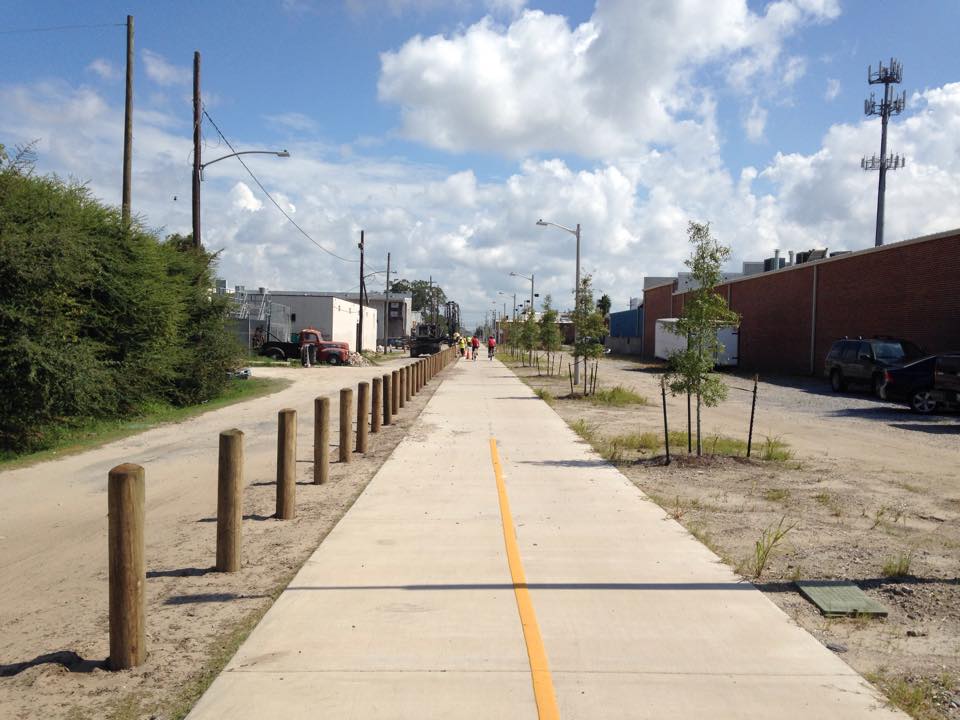 Wooden bollards line the Greenway from Alexander to Carrollton to prevent cars from driving on the path, and the City has committed to install bollards along St. Louis from Broad to Claiborne. 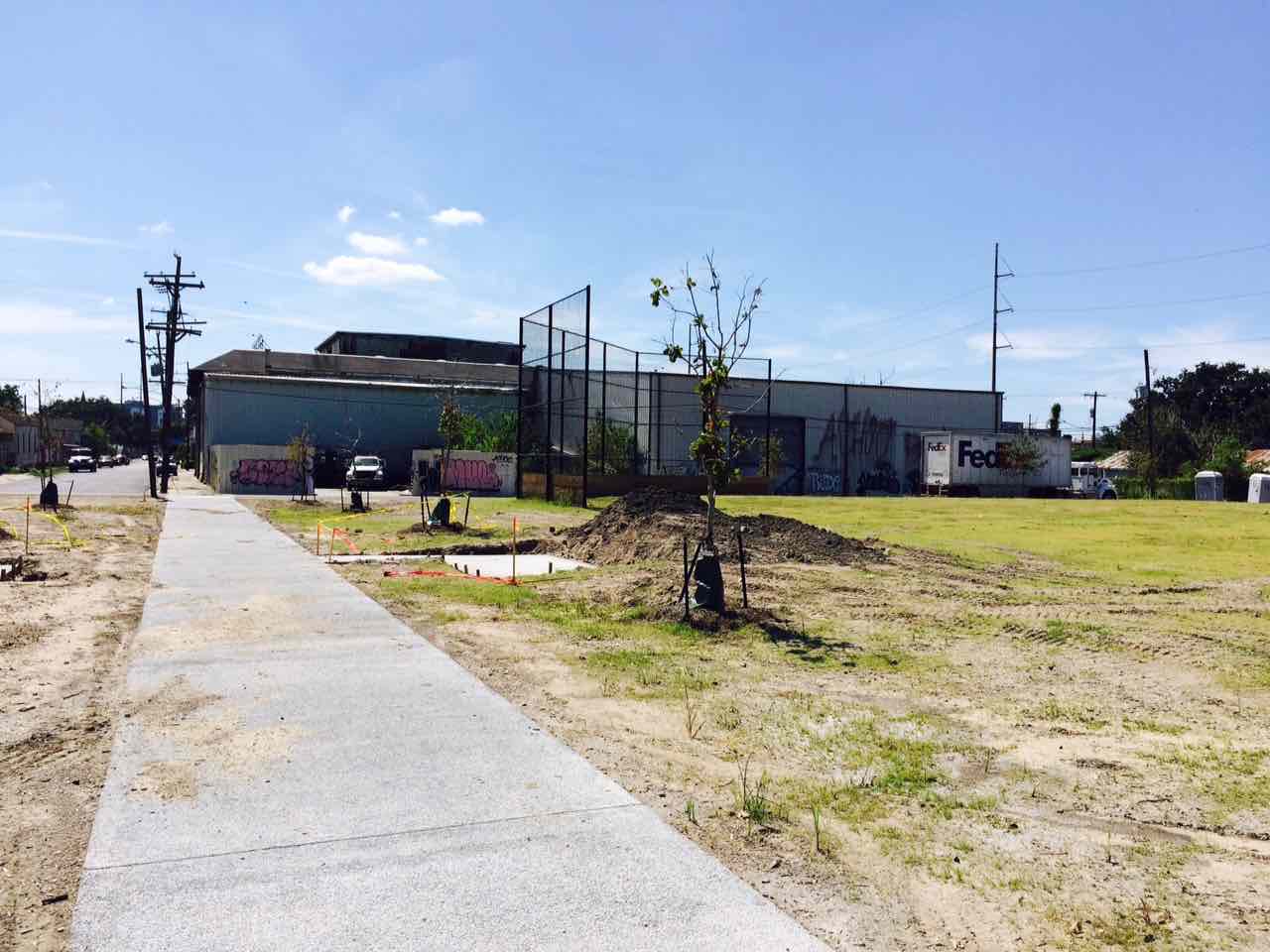 Permeable sidewalks that allow rainwater to infiltrate into the soil have been installed on the Greenway as well as two baseball/softball backstops lake-side of Claiborne Ave. 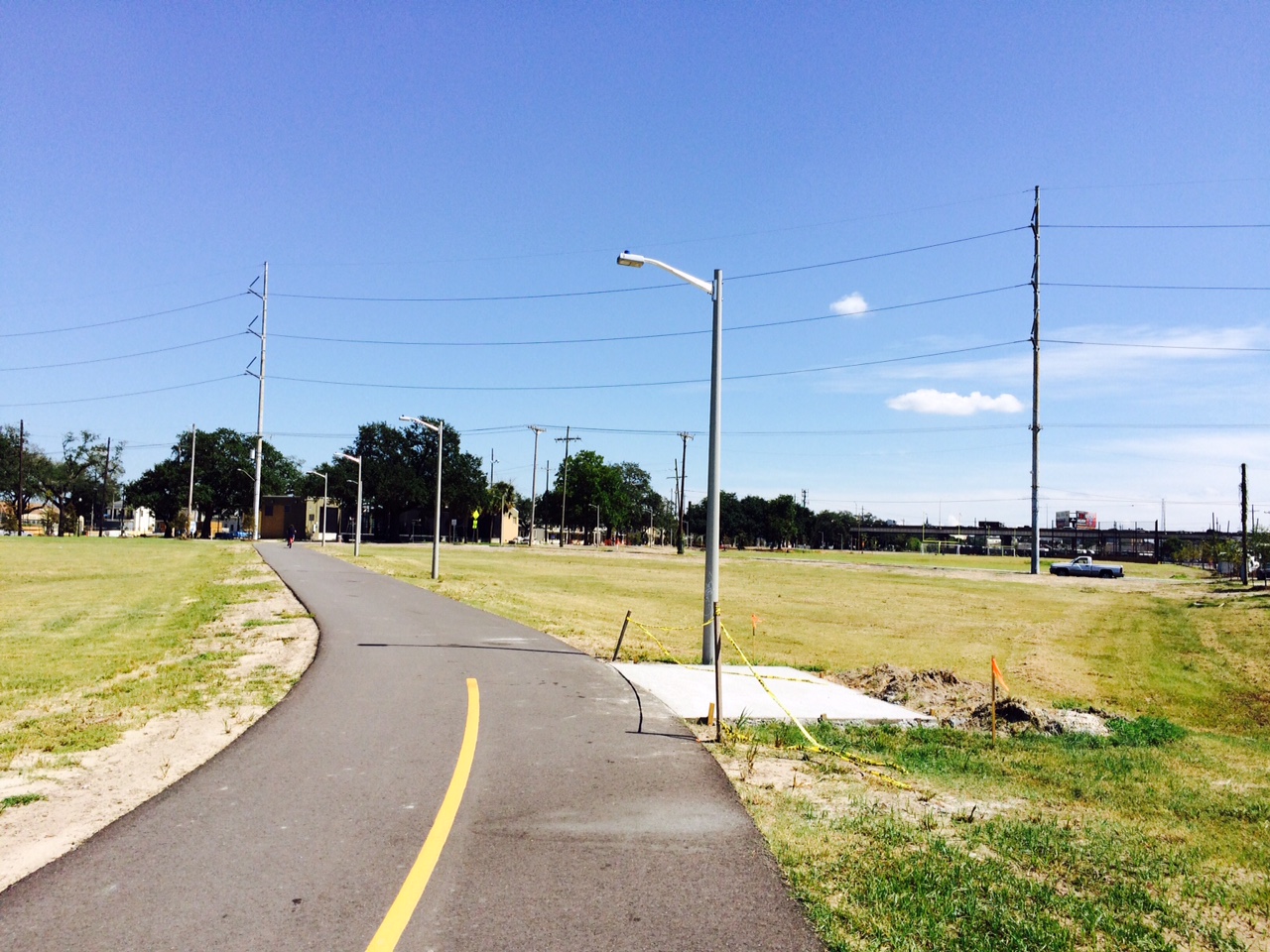 The 2.6-mile bike and walking path is now complete, stretching from Basin Street in Tremé to N. Alexander in Mid-City. 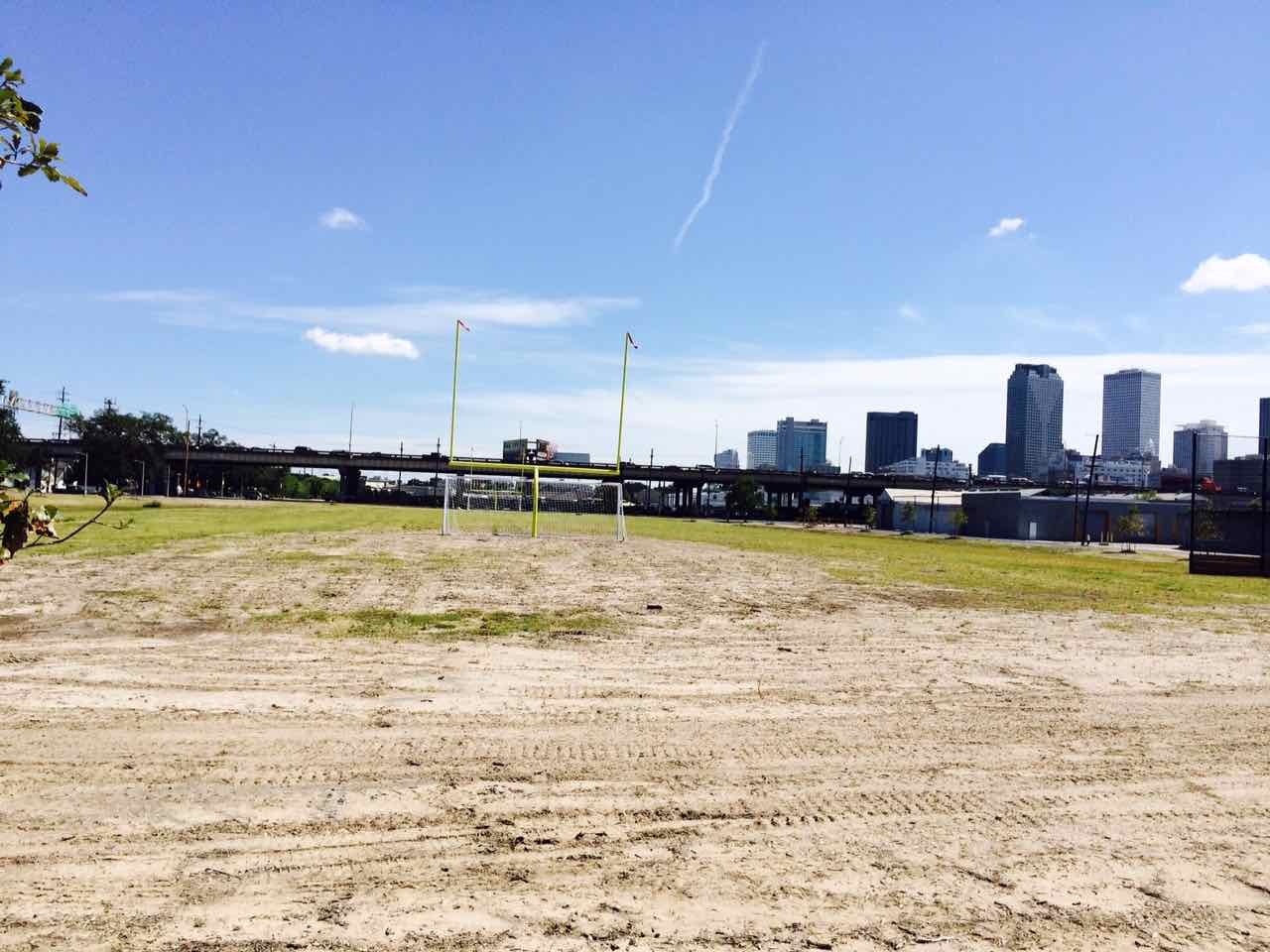 A new soccer/football field complete with uprights and goals is being completed lake-side of Claiborne Ave. 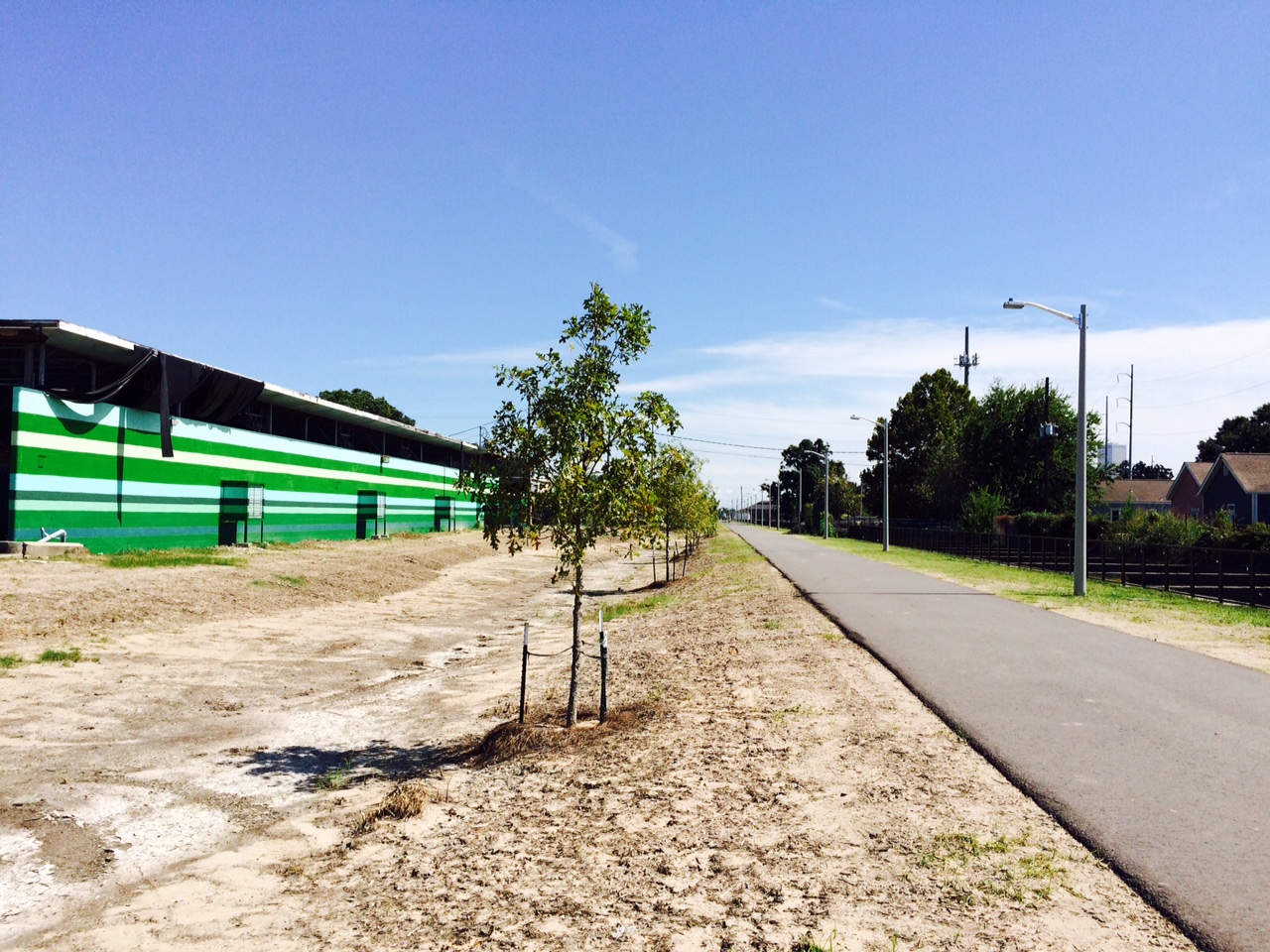 Friends of Lafitte Greenway led a volunteer activity to paint an 1,800 square foot mural on the old Brake Tag Station near Jefferson Davis Pkwy as part of the Katrina 10 Citywide Day of Service. This project was a partnership with Broad Community Connections, the Trust for Public Land, with support from JPMorgan Chase. Click here for more information.