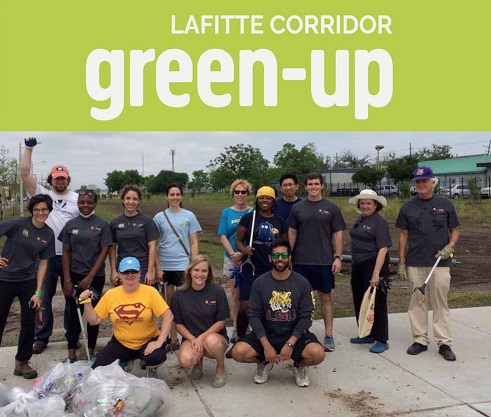 Join us for a Lafitte Greenway Clean Up with the Penn Club of Louisiana and NOLA Trash Mob! Learn about the Lafitte Greenway's history and assets, and spend an hour giving back to this amazing public space.

We live in and love the city of New Orleans. Litter devalues the city. So we're going to pick it up and add that value back. Less litter is more NOLA.