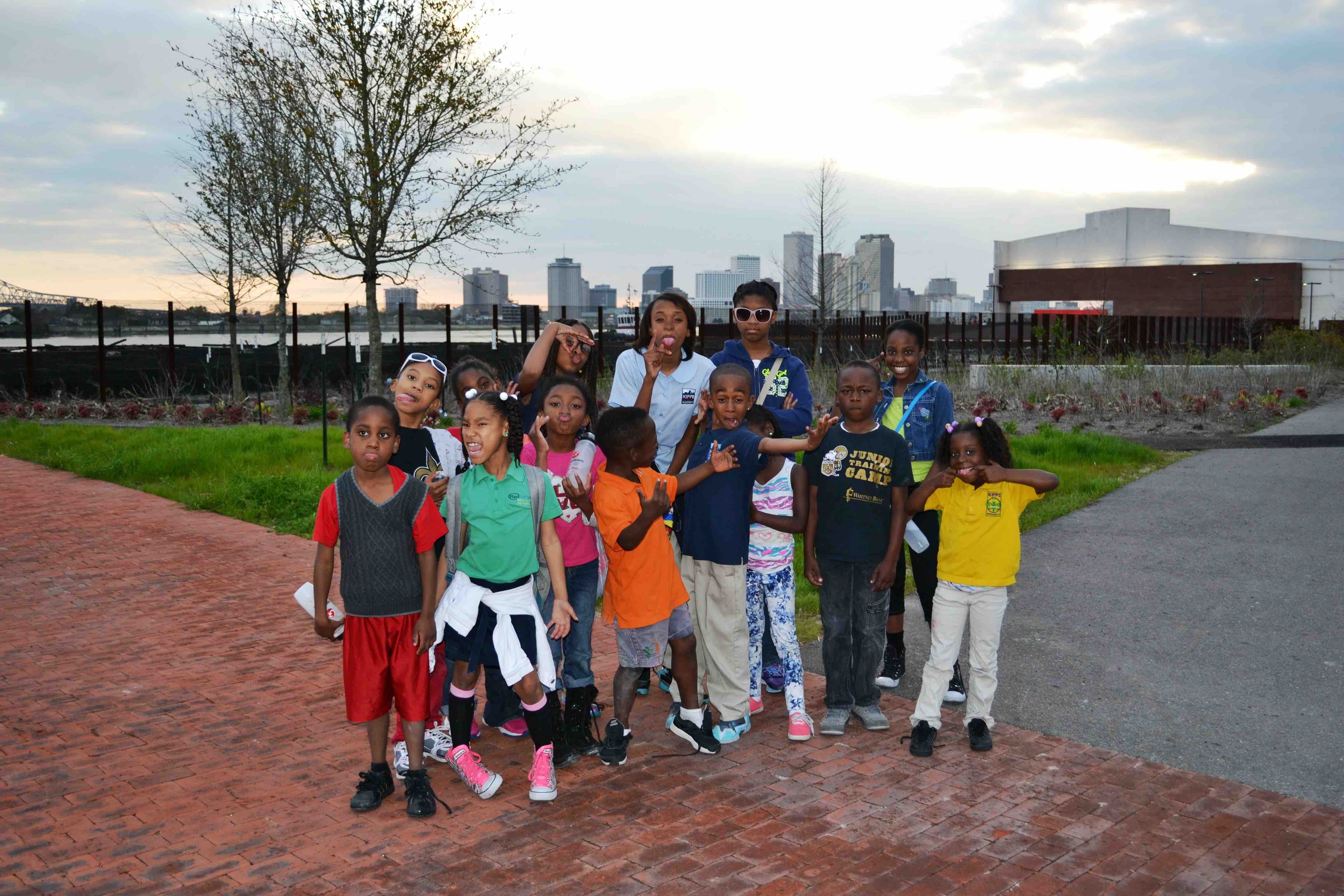 Friends of Lafitte Corridor partnered with Providence Community Housing and the after school program at Sojourner Truth Neighborhood Center to host Lafitte Greenway Week. Centered around the Greenway's official groundbreaking, students attending the after school program participated in activities inspired by the well-anticipated park amenity. During the week of March 17th, 2014, students learned concepts of environmental stewardship, bicycle and pedestrian safety, and respect and responsibility for the surrounding community. Each day involved a different activity that promoted these concepts as well as the arrival of the Greenway.

On Monday (March 17th), students exercised their lyrical skills by composing rhymes for a hip-hop song that would serve as a Public Service Announcement. The topic of the PSA was “Bicycle and Pedestrian Safety”. In the PSA, students reinforced important concepts of how to be safe when walking or biking in their neighborhood. 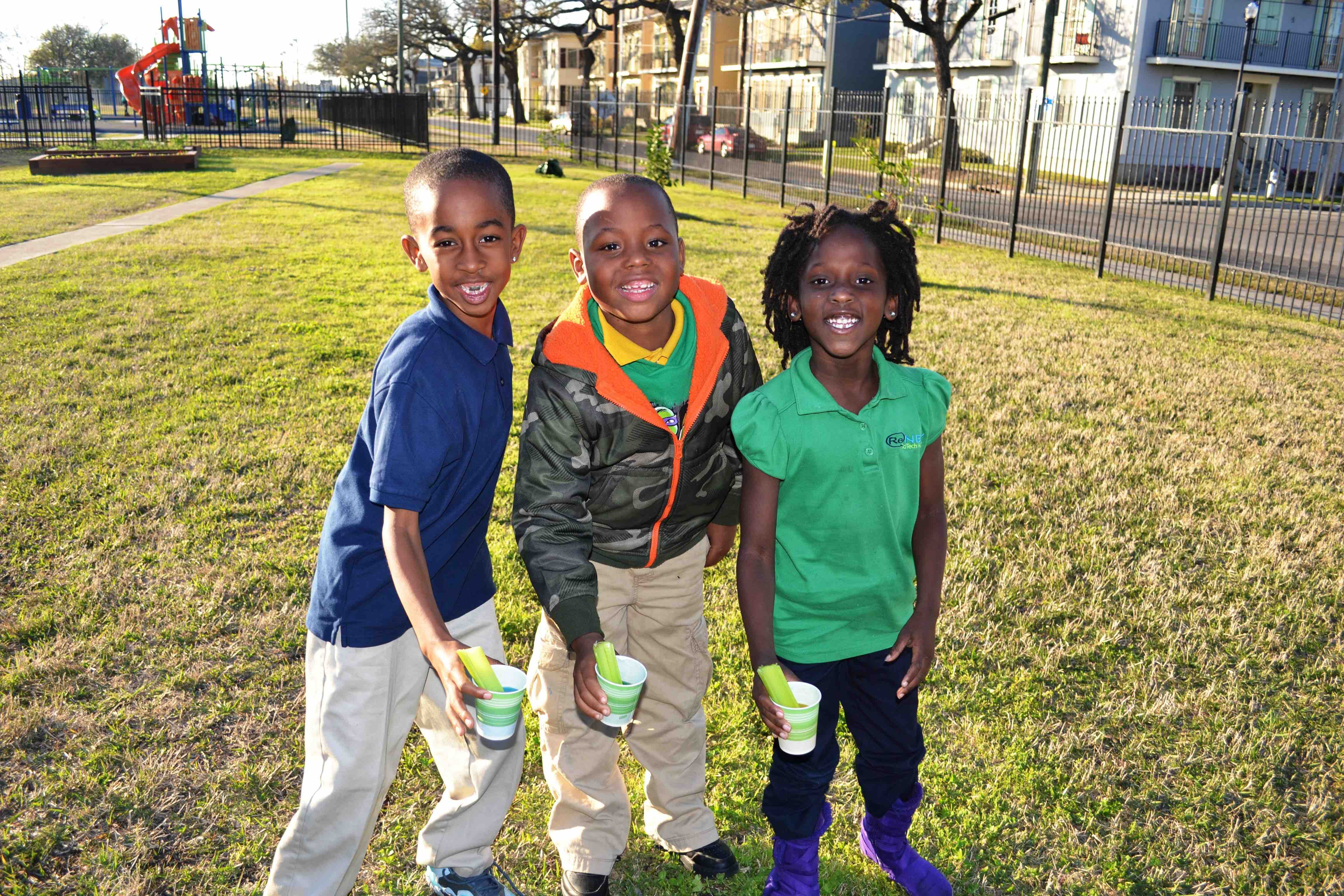 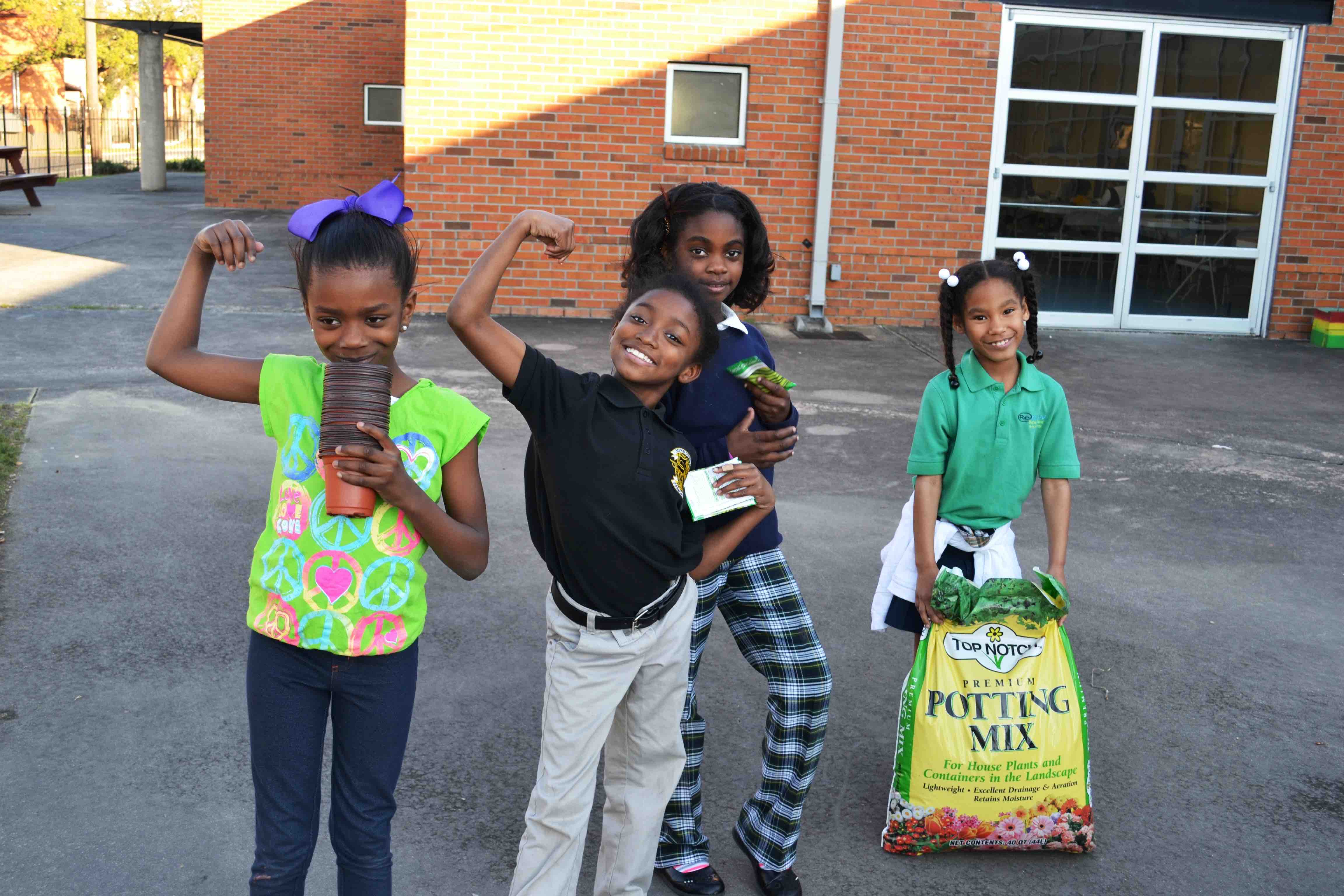 On Wednesday (March 19th), the students took a field trip to Crescent Park. There, they toured the park and participated in recreational activities. This was an opportunity to provide students with an example of a park that is similar to the Lafitte Greenway. Students learned about the importance of having park rules and the importance of taking responsibility in the outdoor amenities provided to us as citizens.

On Thursday (March 20th), the students were treated to a performance by Curtis Pierre, the Samba Man. The performer entertained the students and taught them important lessons of respect, responsibility, and fairness through drumming, dancing, and signing.

On Friday (March 21st), students participated in a bike safety workshop. Led by volunteer League of American Bicyclists Certified Instructors, students learned how to properly check their bikes before riding, how to fit their helmets, how to successfully stop at a stop sign, how to safely avoid obstacles, and how to properly use hand signals when turning or stopping. Students were also provided with the opportunity to learn basic bicycle maintenance, such as pumping up a low tire and adjusting seat height. 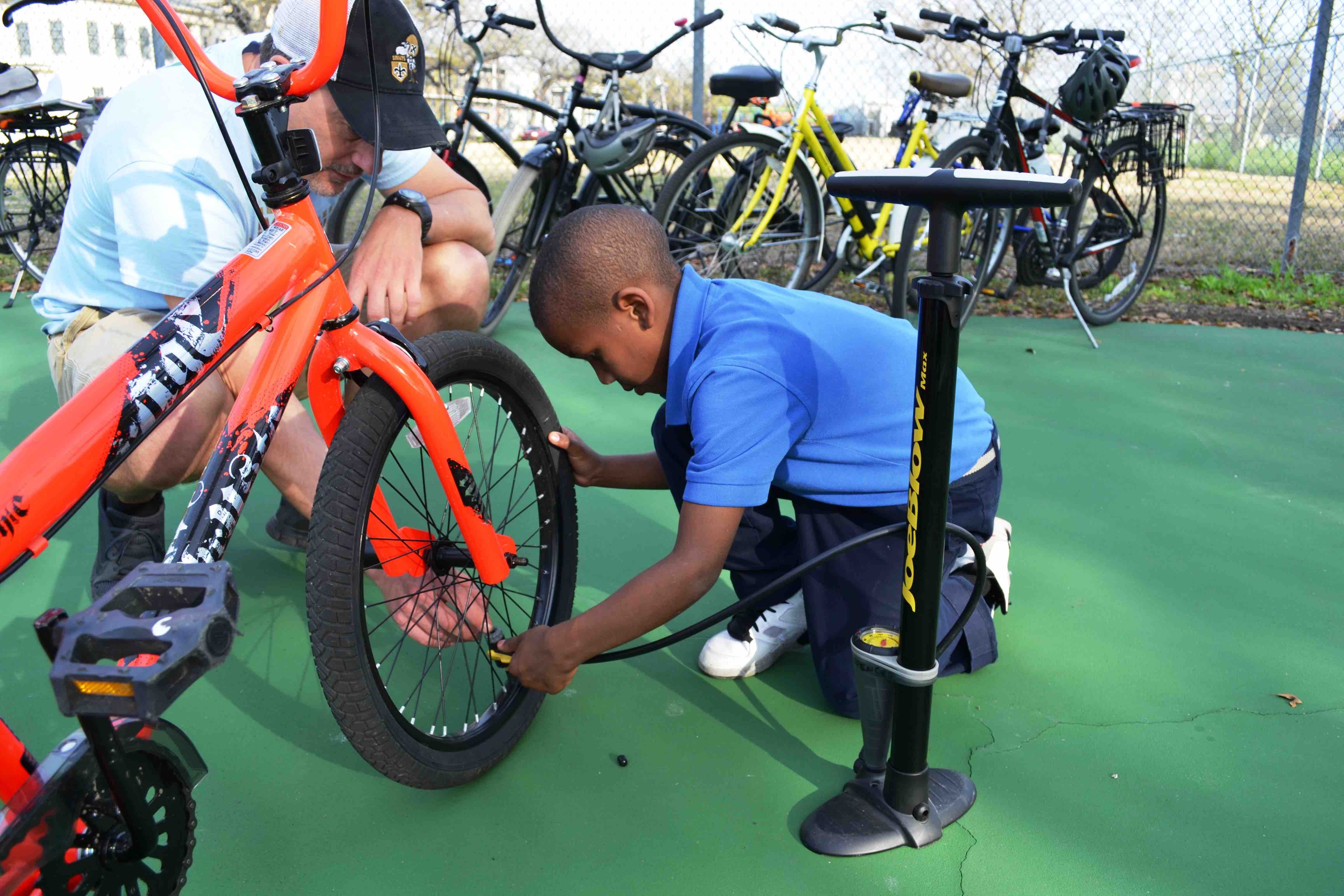 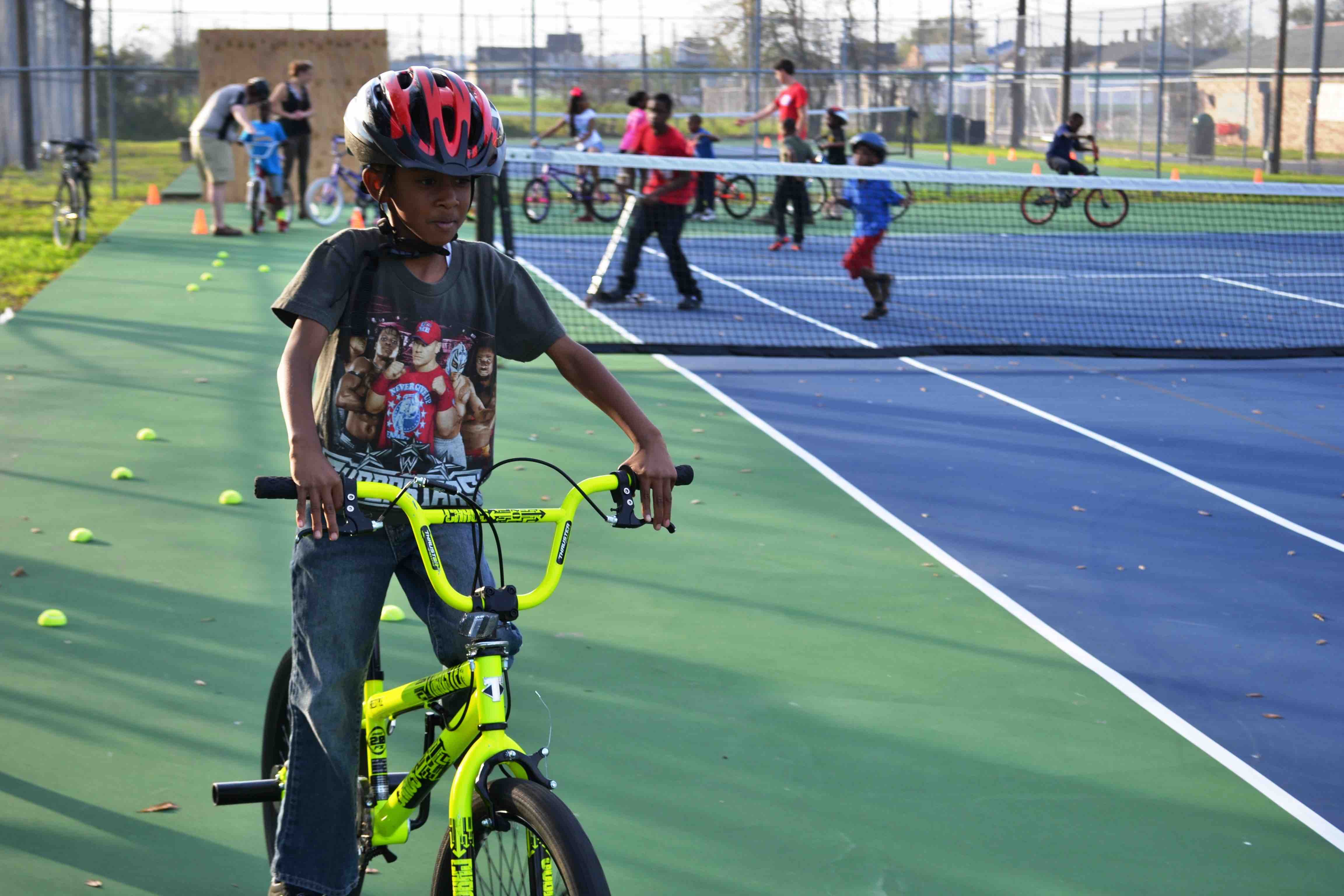 The students came away from the week’s activities with a better understanding of the Greenway project and the importance of urban parks. The lessons on bicycle and pedestrian safety will undoubtedly foster an overall safer neighborhood. However, and perhaps most importantly, after learning the concepts of environmental and community stewardship, the students will ensure a more beautiful and more vibrant future for the Lafitte neighborhood.