Many hands make light work. On Saturday, August 29th, to commemorate the 10-year anniversary of Hurricane Katrina, Friends of Lafitte Greenway led a group of 120+ extraordinary volunteers on a "Greening the Greenway" initiative, in partnership with Broad Community Connections, the Trust for Public Land, NOLA Trash Mob, and JPMorgan Chase.

In a single day, we created a new 1,800 square foot mural on the Lafitte Greenway, cleaned up 1,300 pounds of trash from the Lafitte Corridor neighborhoods (65 bags!), and cheered on racers participating in the Resilience Run.

We want to thank our partners and volunteers for a truly successful day. Tell us what you think of the new mural on the old Brake Tag Station on the Greenway near Jefferson Davis Pkwy! 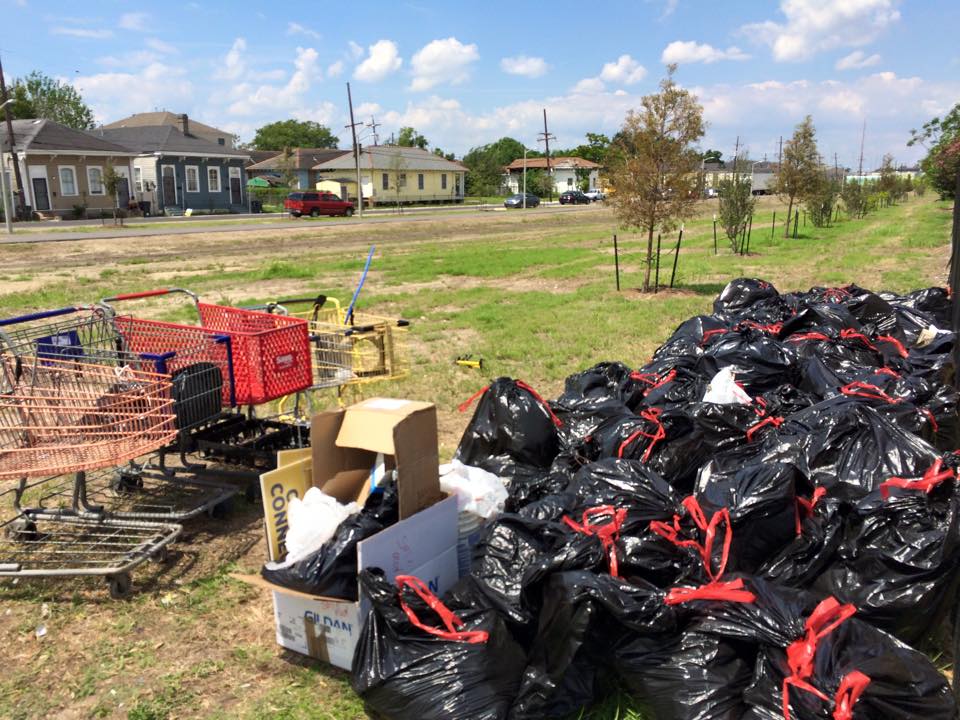 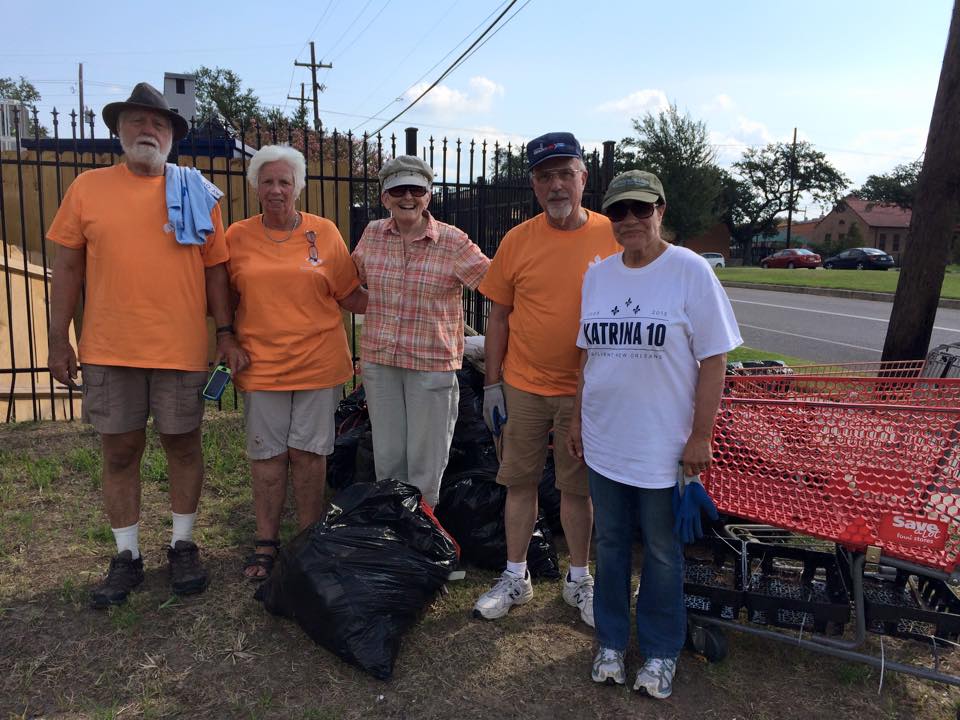 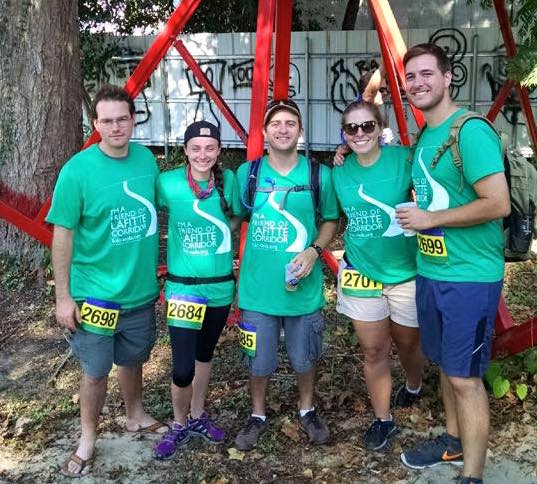 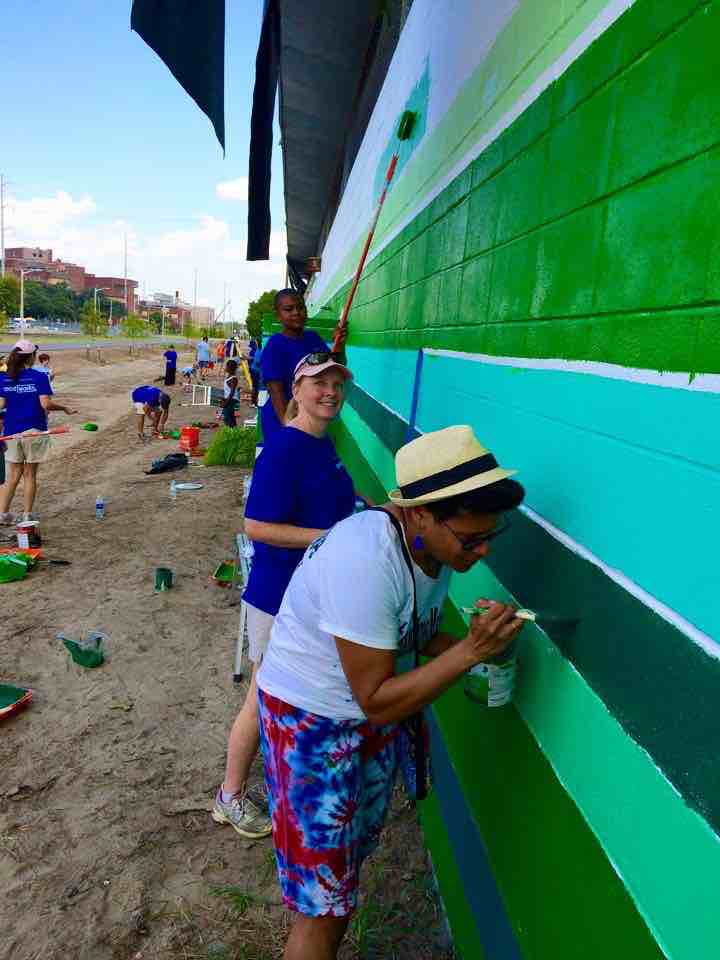