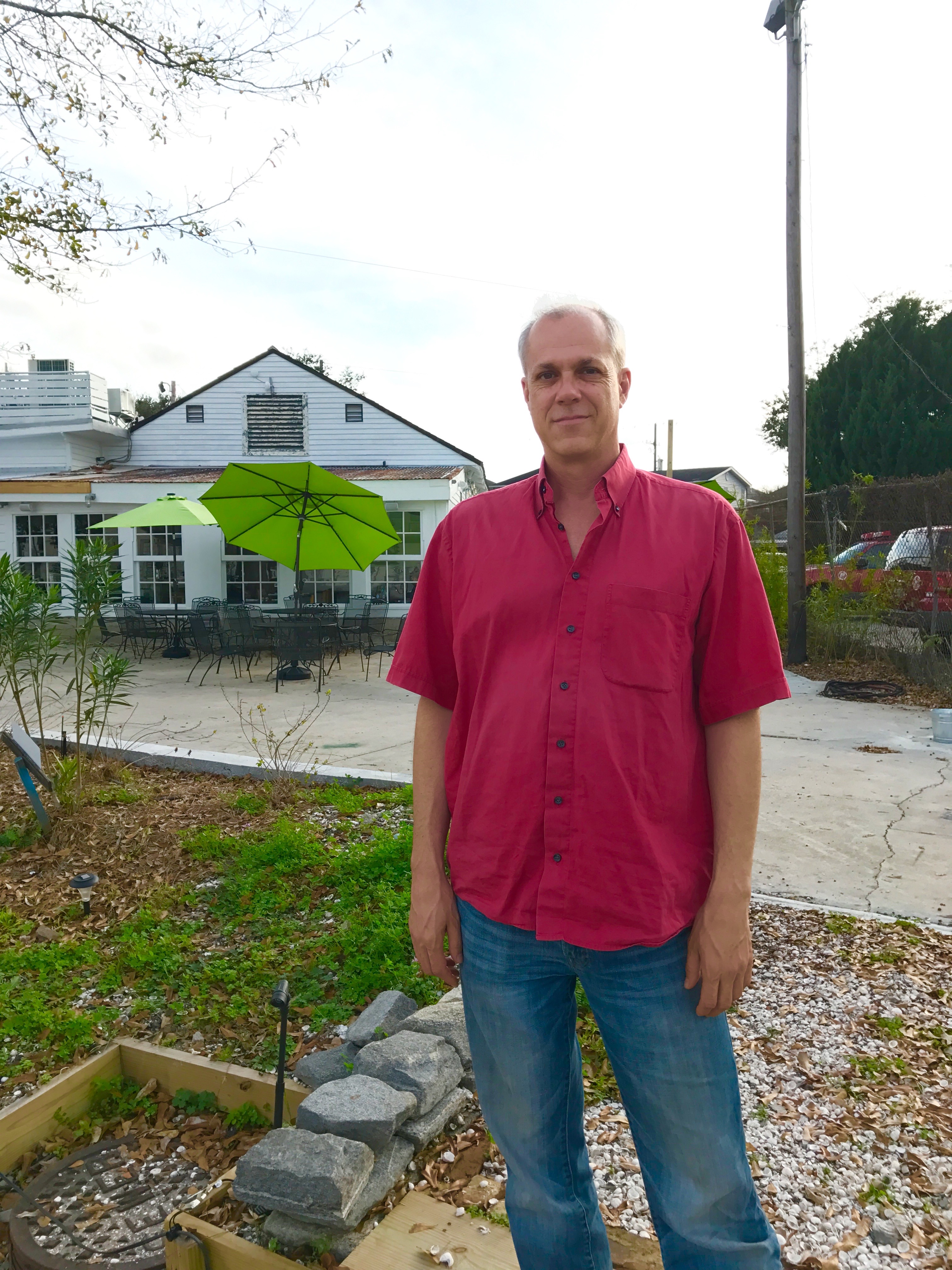 Rosedale, which opened in October of 2016, has become a successful neighborhood restaurant, with a variety of New Orleans inspired cuisine. The restaurant’s lively back patio, decorated with green umbrellas, outdoor seating and greenery, opens up onto the railroad tracks, giving easy access to Greenway users. The City of New Orleans requires him to make his property bike and walk friendly, but as a frequent biker on the Greenway, Centanni values safe and convenient community connection, and considers the Greenway to be an asset to his business. Centanni says that the Greenway is a catalyst for a physical connection to the community, which is vital to preserving the neighborhood’s history and continued vitality.

While he enjoys events like our annual Hike the Lafitte Greenway, Centanni is most excited to see the introduction of various amenities to the Greenway. His hope for the future of the Greenway is to see the trail extension to Canal Blvd. become a reality. “I would love to see the Greenway become a destination for residents and visitors alike.” Additionally, he hopes for Rosedale to be placed on the National Registry of Historic Listings. Be sure to check out this highly reviewed neighborhood restaurant for some tasty gumbo, shrimp puppies, and friendly atmosphere!