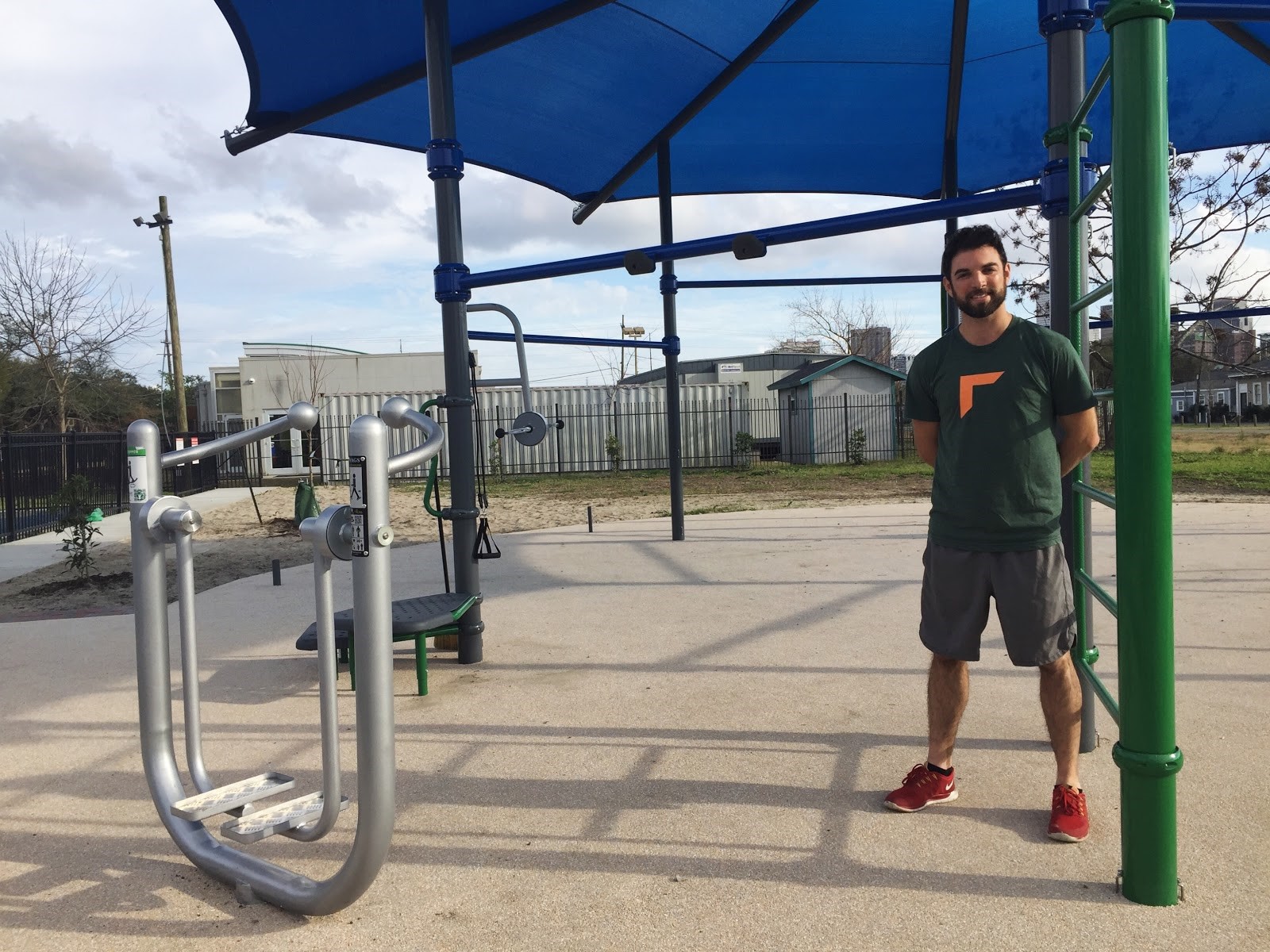 FitLot’s very first fitness park is almost complete on the Lafitte Greenway at the Sojourner Truth Neighborhood Center. It is designed for circuit training and it features 60 different attachment sites for resistance bands along with various strengthening equipment. Through the creation of FitLot, Adam hopes to give people accessibility to a fitness platform by breaking down what he believes to be one of the biggest barriers that people face to achieving more active lifestyles: financial and physical accessibility. Further, there will be a neighborhood workshop designed to teach community members who are interested in becoming coaches how to use the Fitlot, including a coach training program for veterans. “This belongs to the neighborhood” says Adam. “We don’t want to just build each park; we want to help program it.”

While the city of New Orleans is Adam’s priority, his long-term goal is to expand FitLot’s work nationwide, creating a way for communities to order construction material in order to build their own fitness parks. Here at home, Adam hopes to see that the Greenway’s FitLot becomes heavily utilized, and plans on building a brick walkway from the Greenway to the FitLot. If you’d like to buy a brick to support the creation of the walkway, visit fitlot.org/donate.